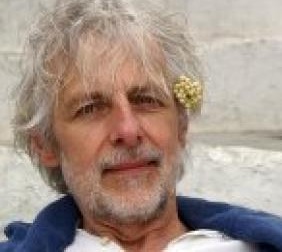 François Abu Salem, the renowned French-Palestinian theatre director, has died at the age of 60 in the city of Ramallah, following an apparent fall. Palestinian security forces have reported that the cause of death is as yet unknown but that they are investigating the possibility of suicide. Friends say he had been suffering from depression.

Born in 1951 to Lorand Gaspar, the well known French poet and surgeon, and the sculptor Francine Gaspar, Abu Salem grew up in east Jerusalem, Beirut and France, eventually adopting an Arabic surname.

He co-founded the El-Hakawati Theatre Company, which played throughout Palestine, and also London, Paris and New York, becoming world famous. Certainly, at the Almeida Theaetre in London in the '80s, the Hakawati company's performance was a wonderful and memorable experience. El-Hakawati later became the Palestinian National Theatre. While best known as a theatre director, he also adapted plays, including by Dario Fo and Bertolt Brecht, for a Palestinian audience and directed several films. In 1998 he was awarded the Palestine Prize for Theatre by Yasser Arafat. He will be sorely missed.