Sargon lives still in his poetry

A celebration of his life and work took place in London on 25 October 2008, just over a year after he died, with many tributes and readings in Arabic and English by his friends and his nephew.

A short film by Samuel Shimon was shown of Sargon talking about his poetry and reading two of his poems, including the title poem, Knife Sharpener, from the collection in his own translation that was published posthumously by Banipal Books in Spring 2009. 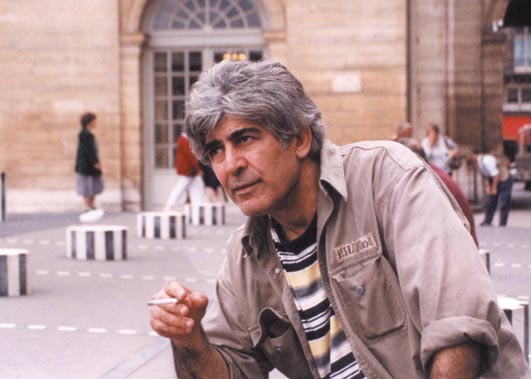 The book Knife Sharpener, Selected Poems, was being produced when Sargon died. It then became a posthumous dedication and memorial to him, along with the poems that he himself had translated over the years, and an essay on Memory.  The book was published in 2009 with a Foreword by Adonis, an Introduction by Pat Boran, and concluded with a photographic album by Samuel Shimon and many tributes from fellow poets, and writers Saadi Youssef, Elias Khoury, Ounsi El-Hage, Amjad Nasser, Abbas Beydhoun, Fadhil al-Azzawi, Kadhim Jihad Hassan, and Khalid al-Maaly. The tributes were collected together and translated by Sinan Antoon, and first published in Banipal 30, Autumn/Winter 2007, just after Sargon died.

Reproduced below is the Afterword by Banipal's publisher and friend of Sargon, Margaret Obank
(it was also initially published in Banipal 30.)

IT IS SO DIFFICULT to accept that Sargon will not be writing any more poems, will not be at the end of a telephone, or coming to visit. He will not be sloping off to lie on his bed with a book of poetry and a glass of red wine. He died too soon, only 63. He had been writing poetry since he was 12 years old, and having his work published a couple of years later; in his own words “since then, I haven’t stopped”.

Samuel Shimon and Sargon Boulus in Dublin, for Banipal's Arab Writers' event at the Dublin Writers' Festival  in 2003

He was born in Iraq in 1944 into an Assyrian family and was one of Iraq's best-known and popular of contemporary poets, and an inveterate translator of English-language poets into Arabic. 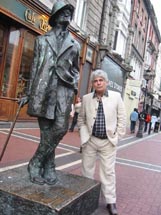 • Available to read online here is Sargon Boulus's interview from Banipal 1, Feb 1998, which ranged over his life, travelling to the USA, poets, the Arabic language, translation, history and Iraq.


• Click here for his obituary in The Guardian newspaper, 18 January 2008, by Peter Clark