Arab Nights by Metta Theatre in London and UK tour 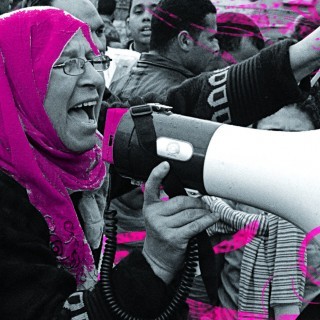 In One Thousand and One Nights, story-telling means life or death for Shahrazad facing execution by the Sultan at dawn. She starts telling such a gripping story that – when the first rays of sunlight come – every day the Sultan grants her another day’s grace to continue hearing the ending.

Today Shahrazad has six new stories to tell in a forthcoming production of modern-day Arab Nights by London-based theatre company Metta Theatre. And the audience is refused the possibility of looking away. This new Shahrazad is dependent on the public as the old one was dependent on the Sultan. She asks people: “What do you choose? Another tale, or, by your silence, my death?”

From the stirring to the satirical, Metta Theatre brings new stories to life with a mix of performance, puppetry and live music to create an Arabian Nights for a modern age.

Six Middle Eastern writers have contributed new plays, some are political allegories, others are contemporary satires.

During the London run there will be free post-show discussions after the following performances:

Fri 23 Nov – Palestine and the Arab Spring – with Raja Shehadeh (one of the authors of Arab Nights).

Weds 28 Nov – The Situation in Syria – with Ghalia Kabbani (Syrian novelist and journalist and one of the authors of Arab Nights) and Henry Hogger (former British ambassador to Syria).

Arab Nights will be touring to Stratford-upon-Avon, Manchester and Exeter in December 2012.