· Abdelouahab Aissaoui is the first Algerian author to win the prize

· The author has previously engaged with the Prize as a participant of the 2016 nadwa, a writing workshop for emerging writers in the Arabic world 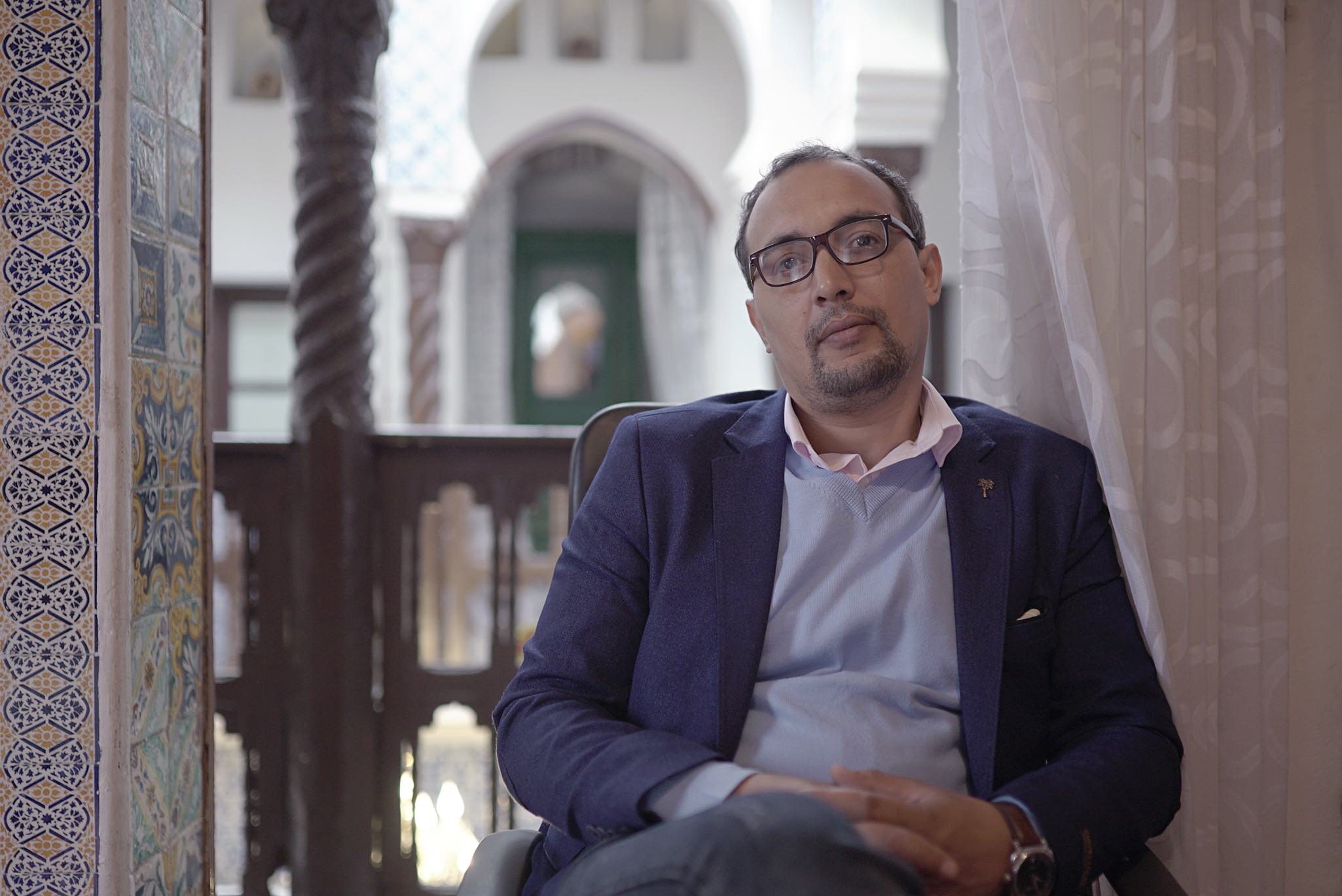 Tuesday 14 April 2020: The Spartan Court by Abdelouahab Aissaoui is announced the winner of the 13th International Prize for Arabic Fiction (IPAF). The novel, published by Dar Mim, was named as this year’s winner by the Chair of Judges, Muhsin al-Musawi.
In addition to winning USD $50,000, funding will be provided for the English translation of The Spartan Court, and Abdelouahab Aissaoui can expect an increase in book sales and international recognition.

Muhsin al-Musawi, Chair of the 2020 Judging Panel, said:
“The Spartan Court stands out for its stylistic brilliance. It is polyphonic – with multiple voices telling the story. Readers gain a multi-layered insight into the historical occupation of Algeria and, from this, the conflicts of the entire Mediterranean region, with characters embodying different interests and intersecting visions. The novel invites the reader to gain a greater understanding of life under occupation and the different forms of resistance that grow against it. With its deep, historical narrative structure, the novel does not live in the past, but rather it challenges the reader to question present reality.”

Professor Yasir Suleiman CBE, Chair of the Board of Trustees, said:
“The Spartan Court is a captivating tale, a tale of many voices, truths and falsehoods. It goes back in history to excavate the past and permeate the present with intertwined narratives that keep the reader glued to its enchanting characters and their tortuous fortunes. Its many bittersweet vignettes, and their rootedness in place and time draw the reader to worlds with myriad tones of colour, sound and smell. Abdelouahab Aissaoui has given us a work to celebrate and remember during these anguished times. For this we are grateful to him.”

The Spartan Court follows the interconnected lives of five characters in Algiers from 1815 to 1833. The first, Dupond, is a French journalist covering the colonial campaign against Algeria, and the second, Caviard, is a former soldier in Napoleon’s army who finds himself a prisoner in the city and later becomes a planner for the campaign. The other three Algerian characters have different attitudes to the Ottoman and French colonial powers. Ibn Mayyar thinks that politics is a means of building relationships with the Ottomans and even the French, whilst Hamma al-Sallaoui believes that revolution is the only means of achieving change. The fifth character, Douja, is suspended somewhere between all these: she witnesses the transformation of Algiers helplessly and is forced to become a part of it, for one must live according to the city’s rules, or leave.

Abdelouahab Aissaoui is an Algerian novelist, born in Djelfa, Algeria, in 1985. He graduated in Electromechanical Engineering from Zayan Ashour University in Djelfa and works as a maintenance engineer. In 2012, his first novel, Jacob's Cinema, came first in the novel category of the President of the Republic Prize. He won the Assia Djebar Prize, widely regarded as the most important prize for the novel in Algeria, for his second novel, Mountain of Death (2015), which tells the story of Spanish communists imprisoned in North African camps after losing the Spanish Civil War. In 2016, he took part in the IPAF “Nadwa” (creative writing workshop for talented young writers). His third novel Circles and Doors (2017) won the 2017 Kuwaiti Suad al-Sabah Novel Prize, and also in 2017, he won the Katara Novel Prize in the unpublished novel category, for Testament of the Deeds of the Forgotten Ones.

After being shortlisted, Abdelouahab Aissaoui said in an exclusive interview for IPAF:
“In general, historical novels do not reconstruct stories for the sake of the stories themselves. Their main objective is to search for questions and concerns that we face now and have faced before, in the context in which they first appeared.”

The Spartan Court was chosen by the IPAF judges as the best work of fiction published between July 2018 and June 2019 from a shortlist of six novels by authors from Algeria, Egypt, Iraq, Lebanon and Syria. The shortlisted finalists – Abdelouahab Aissaoui, Khalil Alrez, Jabbour Douaihy, Said Khatibi, Alia Mamdouh and Youssef Ziedan – each receive USD $10,000.

Abdelouahab Aissaoui will participate in media interviews on Tuesday 14 and Wednesday 15 April. Further details of future activity to celebrate the winner will be announced in the coming months.

The winner was chosen by a panel of five judges chaired by Muhsin al-Musawi, an Iraqi literary critic and Professor of Classical and Modern Arabic Literature, Comparative and Cultural Studies at Columbia University. Judging alongside al-Musawi were Pierre Abi Saab, a Lebanese critic, journalist and co-founder of the Lebanese Al-Akhbar newspaper; Reem Magued, an Eqyptian broadcaster, television journalist and trainer in journalism and media; Amin Zaoui, an Algerian novelist and Professor of Comparative Literature and Contemporary Thought at the Central University of Algiers; and Viktoria Zarytovskaya, a Russian academic, researcher and translator of numerous works of Arabic literature into Russian including Ahmed Saadawi’s Frankenstein in Baghdad, winner of the prize in 2014.

This year, The Frightened Ones by 2018 shortlisted author Dima Wannous will be published in April by Harvill Secker, translated by Elisabeth Jacquette; the 2019 winner, The Night Mail by Hoda Barakat, will be published by Oneworld in September, translated by Marilyn Booth; and Interlink has acquired the rights to publish Shahla Ujayli's 2019 shortlisted novel Summer with the Enemy for which the translation is underway and is due for publication later this year.

The International Prize for Arabic Fiction is an annual literary prize for prose fiction in Arabic. It is sponsored by the Department of Culture and Tourism – Abu Dhabi and is run with the support, as its mentor, of the Booker Prize Foundation in London.