PEN International has launched a new global campaign, Make Space, that is aimed at creating opportunities for writers who have experienced forced displacement, during the biennial conference of PEN International and the International Cities of Refuge Network (ICORN) that was held at the beginning of June 2017 in Lillehammer, Norway. Supporting the Make Space campaign is a Mission Statement signed by over 300 writers from around the world.

You can add your name here. 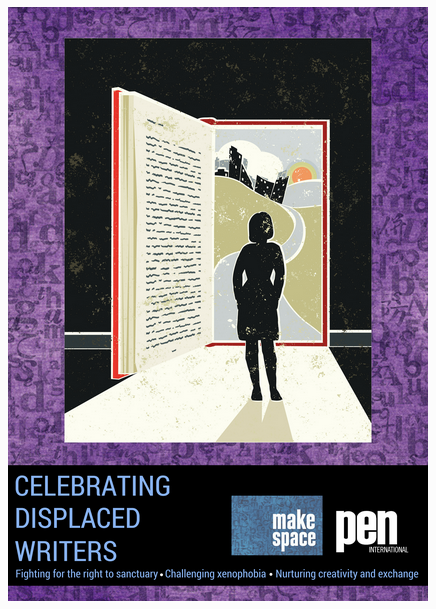 "Our world is in crisis. People have always been forced to move against their will: they’ve fled wars and natural disasters, persecution and violence.  But never before has the forced movement of people occurred at such a rate. 1 in 113 people in the world today have been driven from their homes. Simultaneously, a rising climate of nationalistic xenophobia among host nations has made resettlement for those who’ve experienced forced displacement increasingly dangerous and uncertain.

"We recognize how many displaced people are without the most basic needs of shelter and security, and the urgent necessity in addressing the human rights violations and extreme injustices that so many face. We also acknowledge the disadvantages faced by exiled writers: the fear of suspicion and violence, the difficulties in publishing in different and often hostile linguistic markets, the lack of the basic conditions that allow for the cultivation of creativity, and the absence of familiar networks – the faces, words, streets, songs – that come with being home.

"Some of us have been displaced; some of us are refugees and asylum seekers; some of us have lived in exile, or have been forced to go into hiding in our own countries. But we are all writers and use words in ways that can shift and inform the society around us. And – whoever we are, wherever we are – when we consciously make space for the stories of displaced communities within our own, we make space for a shared cultural understanding that enriches us and connects us, disrupting the systems of division that alienate and dehumanise.  It is time to act, and to act together.

PEN International’s Make Space campaign aims to create opportunities for writers who have experienced forced displacement or are living in exile. We’ll be doing this through publications, events, advocacy, community organising, and digital action. Through this work, we hope to generate better cross-cultural understanding and an interrogation of what it is to host displaced communities in resettlement settings; challenge stereotypes around exile and asylum; and redress a societal imbalance that too often means writers who have experienced displacement face marginalisation or discrimination.

Activities of the Make Space campaign include:

Icorn and Pen in Partnership