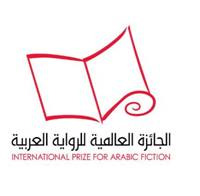 The longlist of 16 novels in the running for the International Prize for Arabic Fiction 2013 is announced today, Thursday 6 December 2012. The contenders were selected from 133 entries from 15 countries, published in the last 12 months.

This year’s longlisted authors come from nine different countries, including Kuwait for the first time. Rabee Jaber, who won the Prize in 2012 with The Druze of Belgrade, returns to the list and is joined by formerly shortlisted authors Waciny Laredj (The Andalucian House, 2011) and Ibrahim Nasrallah (Time of the White Horses, 2009), as well as Muhsin al-Ramly, longlisted for the Prize in 2010 for Fingers Pass. Twelve of the sixteen writers have not appeared in previous long or shortlists, though Mohammed Hassan Alwan is an alumnus of IPAF’s inaugural writer’s workshop, having participated in the nadwa in 2009. It was in fact during this workshop that he began writing The Beaver, which has gone on to feature in this year’s longlist.

Unlike some lists in the past, the 2013 longlist moves away from historical settings, with the majority focusing on contemporary issues from the last 25 years. These range from the impact of 9/11 on Arabs living in Europe to the Israeli-Palestinian struggle and political and sexual freedom and emancipation. Whilst the Arab Spring did feature heavily across this year’s submissions in general, the judges noted that the subject still needs some time to mature.

The full 2013 longlist, with author names in alphabetical order, is as follows:

The books were selected by a panel of five judges, whose names will be announced in Tunis on Wednesday 9 January 2013, at the same time as the 2013 shortlist of six novels.

The 2013 Chair of Judges commented on the longlist:

‘The members of the Judging Panel did not find it difficult to come to a decision about the longlist. They were delighted to discover new literary talents, many of whom have not had wide exposure until now. Needless to say, the Judging Panel did not allow themselves to be influenced by the fame of the writer, his or her political persuasion or nationality. Rather, the panel’s interest was focused on the talent displayed in the novel, the writer’s ability to express his or her thoughts, and with what each novel can offer – both to Arab society and to the reader, wherever he or she may be.’

This is the sixth year of the Prize, which has evolved into the leading prize for literary fiction in the Arab world. There was a notable increase in submissions this year from authors and publishers from Iraq, Morocco, Tunisia and Syria. There were 20 Iraqi authors entered compared to eight last year, and five Libyan authors, when there had been none in 2012.

In a change to the rules of entry this year, publishers are able to submit any new title by an author who has previously been shortlisted for the Prize, in addition to three other novels.

Jonathan Taylor, Chair of the Board of Trustees, commented: ‘The IPAF Judges have chosen another outstanding longlist. It is chosen without regard to nationality, religion, gender, age or politics. The Judges’ only objective is to identify Arabic literary fiction of the very highest quality.’

Delivering on its aim to increase the international reach of Arabic fiction, the Prize has guaranteed English translations for all of its winners:  Bahaa Taher (2008), Youssef Ziedan (2009), Abdo Khal (2010) and joint winners Mohammed Achaari and Raja Alem (2011). Taher’s Sunset Oasis was translated into English by Sceptre (an imprint of Hodder & Stoughton) in 2009 and has gone on to be translated into at least eight languages worldwide. Ziedan’s Azazel was published in the UK by Atlantic Books in April 2012 and English translations of Abdo Khal and Mohammed Achaari’s winning novels are imminent, through Bloomsbury Qatar Foundation Publishing.

The winner of the International Prize for Arabic Fiction 2013 will be announced at an awards ceremony in Abu Dhabi on 23 April 2013, on the eve of the Abu Dhabi International Book Fair. The six shortlisted finalists will receive $10,000, with a further $50,000 going to the winner.

The International Prize for Arabic Fiction is an annual literary prize for prose fiction in Arabic. It is run with the support of the Booker Prize Foundation in London and funded by the TCA Abu Dhabi in the UAE.

For the Arabic version of the press release, click here.