This is a free event, but do ensure your place by phoning Maida Vale Library on 020 7641 6200 or by emailing maidavalelibrary@westminster.gov.uk. 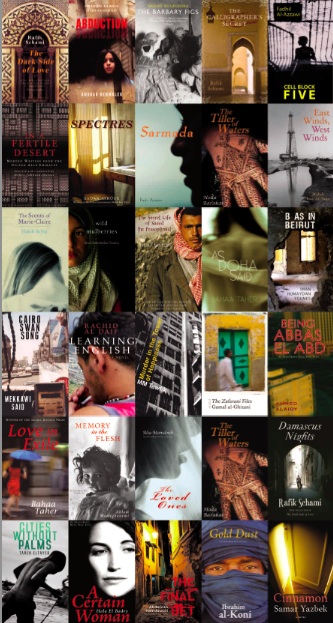 Peter Clark, Margaret Obank and Barbara Schwepcke will discuss the importance of Arab literature to the English-speaking world, and the changes in its reception over recent years.

Their discussion opens a window onto rich and divergent cultures, bringing new perspectives and issues to the English-language reader, focusing on what kind of works get translated, and the significance of world literature and intercultural dialogue to British society today.

In April, Arabia Books donated a set of its published works by Arab authors to every library authority in the country, including Maida Vale Library.  This discussion celebrates the wealth of Arabic literature now available in the English language and the opening of Maida Vale's refurbished library.

Arabia Books publishes contemporary fiction from the modern Arab world, whose national boundaries were created in the 20th century by imperial powers that included Britain, and which is today submerged in terrible conflict, war and bitter turmoil. This fiction is an essential part of world literature, and opens a window onto rich and divergent cultures, bringing new perspectives and issues to the English-language reader. Clark, Obank and Schwepcke focus on what kind of works get translated, and the utmost importance of world literature and intercultural dialogue to British society today.

Do join us for a fascinating and thought-provoking evening. This is a free event, but do ensure your place by contacting Maida Vale Library on 020 7641 6200 or by emailing maidavalelibrary@westminster.gov.uk.

Peter Clark OBE has translated novels, plays, history and short stories from Arabic. He is a consultant editor of Banipal magazine, a regular book reviewer and has written books on Marmaduke Pickthall, Istanbul and Charles Dickens.

Margaret Obank is the co-founder (1998) and publisher of Banipal Magazine of Modern Arab Literature, and in 2005 established the first prize for published Arabic literary translation into English, now known as the Saif Ghobash Banipal Prize for Arabic Literary Translation. In 2008 she started a project to set up a lending library of modern Arab literature in English (translation or written), which is now housed and run from the Arab British Centre in London.

Barbara Schwepcke is publisher of Arabia Books and Haus Publishing. The former publisher of Prospect magazine and editor at Harvill Press, she founded Haus Publishing in 2003, which initially specialised in history and biography, with a focus on translated works. Schwepke went on to found Arabia Books in 2008, and this year will launch the Gingko Library, publishing the most distinguished scholars from all areas of West Asian and North African Thought.