Abu Dhabi, UAE – 09 May 2022 – Under the patronage of His Highness Sheikh Mohamed bin Zayed Al Nahyan, Crown Prince of Abu Dhabi and Deputy Supreme Commander of the UAE Armed Forces, the Sheikh Zayed Book Award (SZBA) has announced the winners for its 16th edition across seven categories, selecting six literary figures, intellectuals and translators, along with Egypt’s Bibliotheca Alexandrina, for the top honours.

Organised by the Abu Dhabi Arabic Language Centre (ALC), part of the Department of Culture and Tourism - Abu Dhabi (DCT Abu Dhabi), the award saw great turnout from authors around the world, with more than 3,000 applications submitted from more than 55 countries, including 20 Arab nations.

In the Literature category, the award went to Emirati author and poet Maisoon Saqer for her book Maq’ha Riche, Ain Ala Massr (Eye on Egypt: Café Riche), published by Nahdet Misr Publishing in 2021.

Syrian writer Maria Daadoush won in the Children’s Literature category for her story Loghz al Kora al Zujajiya (The Mystery of the Glass Ball), published by Dar Al-Saqi in 2021.

Dr. Mohamed Al-Maztouri from Tunisia won in the Young Author category with his book Al Badawa fi al She’er al Arabi al Qadeem (Bedouinism in Ancient Arabic Poetry), issued by the Faculty of Literature, Arts and Humanities at Manouba University and the GLD Foundation (Al-Atrash Complex for Specialised Books) in 2021.

The Translation category saw Dr. Ahmed Aladawi from Egypt win the award for his work translating from English into Arabic Nash’at al Insaniyat Einda al Muslimeen wa fi al Gharb al Maseehi (The Rise of Humanism in Classical Islam and the Christian West) authored by George Makdisi, which was published by Madarat for Research and Publishing in 2021.

The Arab Culture in Other Languages category saw Dr. Muhsin J. Al-Musawi from Iraq/USA win for his book The Arabian Nights in Contemporary World Cultures: Global Commodification, Translation, and the Culture Industry, issued by Cambridge University Press in 2021. The award for the Publishing & Technology category went to the Bibliotheca Alexandrina in Egypt.

His Excellency Saood Abdulaziz Al Hosani, Undersecretary of DCT Abu Dhabi and Member of the SZBA Board of Trustees, said: “Since its establishment in 2006, the Sheikh Zayed Book Award has grown to become one of the most prominent and prestigious literary and cultural awards in the region and the world. With the award’s 16th edition, we celebrate a diverse array of creators in various fields whose works have contributed greatly to the Arabic literary canon. I congratulate this year's winners, whose brilliant work will contribute to sharing Arab culture with new audiences around the globe.”

HE Dr Ali bin Tamim, Chairman of the ALC and Secretary-General of the SZBA, said: “With each edition, the Sheikh Zayed Book Award further advances the cultural ecosystem in the Arab world, highlighting brilliant works of intellectual, linguistic, and creative diversity. One of our main aims is to support creators, and it is our hope that this platform will serve to introduce these authors to wider audiences, not only in the region but around the globe.”

Maq’ha Riche, Ain Ala Massr (Eye on Egypt: Café Riche) by Maisoon Saqer (Literature category)
The book belongs to a type of storytelling that is open to various genres, especially what is known as narratives of place. Cairo’s Cafe Riche has a deep cultural history and a broad creative and social heritage. The book combines history and narrative, which makes it a documented historical biography on the one hand and a creative work on the other. It also documents an important era in Egypt’s cultural history by examining the cultural and social transformations in modern Egyptian history and highlighting prominent intellectuals and creators associated with the cafe and the history of intellectual life in Egypt.

Loghz al Kora al Zujajiya (The Mystery of the Glass Ball) by Maria Daadoush (Children’s Literature category)
The book addresses two issues: children’s obsession with video games and global pollution. It tells the tale of a 12-year-old boy who accompanies his grandfather on a train ride in the desert and embarks on a series of exciting adventures. The novel features captivating prose, a beautiful narrative, and a well-structured plot.

Al Badawa fi al She’er al Arabi al Qadeem (Bedouinism in Ancient Arabic Poetry) by Dr. Mohamed Al-Maztouri (Young Author category)
The author of this book presents a serious academic study of bedouinism in ancient Arabic poetry. He discusses its diverse concepts and many manifestations, describing it as a culture with special landmarks and a lifestyle inseparable from the place, environment, and geography. The author explains how bedouinism became one of the pillars of ancient Arabic poetry, from the pre-Islamic period until the fourth century Hegira, according to a clear methodology that relies on addressing bedouinism’s main and sub-themes.

Nash’at al Insaniyat Einda al Muslimeen wa fi al Gharb al Maseehi (The Rise of Humanism in Classical Islam and the Christian West) authored by George Makdisi, translated by Dr. Ahmed Aladawi (Translation category)
The translation of this work is clear, smooth, and well-controlled, revealing the translator’s deep understanding of the concepts and terminology, which he conveyed faithfully and accurately into Arabic. This translation is distinguished by being free of errors caused by misunderstanding the original text or falling into literal translation, which usually leads to weakness and ambiguity. The translator has excelled in creating a balance between faithfulness in highlighting the purposes and accurate connotations of the original text, and the keenness to adhere to the spirit, style, and aesthetic standards of Arabic. The importance of the book, however, lies in the scientific effort of the late George Makdisi to present a thoughtful academic study that chose a comparative approach aimed at reading the origins of humanism in the classical Islamic civilisation, its literature, its culture, and the circumstances surrounding its emergence in the Western Christian world.

Al Sarid wa Taw’am al Rooh: Min al Tamtheel ila al Istinaa (The Narrator and the Soulmate: From Acting to Faking) by Mohamed Aldahi (Art & Literary Criticism category)
The book classifies the forms of self-narratives within the general literary discourse, which includes diaries, letters, confessions, journals, self-imagination, and self-narration. The book is characterised by a smooth presentation, clear concepts, accurate analysis, a modern and comprehensive review, and reading of ancient and modern Arabic narrative works. The book presents the complex relationship between writing, existence, text, and what they embody in the real self-representation and its transfer to the book.

The Arabian Nights in Contemporary World Cultures: Global Commodification, Translation, and the Culture Industry by Dr. Muhsin J. Al-Musawi (Arab Culture in Other Languages category)
This academic work discusses the profound influences the tales of One Thousand and One Nights have had on modern-day global cultures. Al-Musawi provides a deep and ingenious analysis of the intellectual visions in the tales and their authentic narrative techniques for poets, novelists, critics, and intellectuals in the West. He also addresses the ways the text has been translated and the attempts to reimagine the tales in new cultural contexts. The author’s insightful readings are not limited to the presence of One Thousand and One Nights in traditional genres but go beyond that to analyse its influences in music, paintings, visual arts, films of various kinds, and political and digital spaces.

Bibliotheca Alexandrina (Egypt) (Publishing & Technology category)
The Great Library of Alexandria is a cultural legacy of the past and a revival of the Library of Old Alexandria. Inaugurated in 2002, this new library is the largest of its time and contains millions of books in multiple languages and a digital archive that caters to the needs of readers all over the world. The Embassies of Knowledge project has also created branches in Egyptian universities in the governorates of Egypt, providing resources and references to students, youth, and researchers. Bibliotheca Alexandrina has also issued unique publications and contributed to cultural and artistic activity by inviting leading intellectuals to cultural conferences and seminars in person and online.

The SZBA has decided to withhold the award for the Development of Nations category for this year’s edition, as the submissions did not meet the award’s standards and criteria. The recipient of the Cultural Personality of the Year accolade will be announced in the coming weeks.


Winners of the 16th Sheikh Zayed Book Award’s will be honoured in an award ceremony at the Abu Dhabi International Book Fair in May 2022. The Cultural Personality of the Year winner will be presented with a gold medal and a certificate of merit, as well as an AED 1 million prize. Winners of other categories will each receive a gold medal, a certificate of merit, and a prize of AED 750,000. 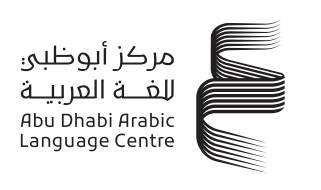 The Abu Dhabi Arabic Language Centre, established following a directive from His Highness Sheikh Khalifa bin Zayed Al Nahyan, President the United Arab Emirates and Ruler of Abu Dhabi, as part of the Department of Culture and Tourism – Abu Dhabi, works to support Arabic language development and modernisation through comprehensive strategies and frameworks, enrich the scientific, educational, cultural and creative contributions of the Arabic language, promote Arabic language proficiency and cultural understanding, and support Arab talents in the fields of writing, translation, publishing, scientific research, arts, content creation and organisation of book fairs. The Centre works to realise its foundational vision through dedicated programmes, human expertise, and meaningful partnerships with the world’s most prestigious technical, cultural, and academic institutions.

About the Department of Culture and Tourism - Abu Dhabi

The Department of Culture and Tourism – Abu Dhabi (DCT Abu Dhabi) drives the sustainable growth of Abu Dhabi's culture, tourism and creative sectors, fuels economic progress and helps achieve Abu Dhabi's wider global ambitions. By working in partnership with the organisations that define the emirate's position as a leading international destination, DCT Abu Dhabi strives to unite the ecosystem around a shared vision of the emirate's potential, coordinate effort and investment, deliver innovative solutions, and use the best tools, policies, and systems to support the culture and tourism industries.

DCT Abu Dhabi's vision is defined by the emirate's people, heritage, and landscape. We work to enhance Abu Dhabi's status as a place of authenticity, innovation, and unparalleled experiences, represented by its living traditions of hospitality, pioneering initiatives, and creative thought.

The Sheikh Zayed Book Award commemorates the late Sheikh Zayed bin Sultan Al Nahyan, Founding President of the UAE and Ruler of Abu Dhabi, and his pioneering role in promoting national unity and development. The Award, and its associated accolades, are presented annually to outstanding writers, intellectuals, and publishers, as well as young talent whose writing and translation in humanities objectively enriches Arab intellectual, cultural, literary, and social life. The Sheikh Zayed Book Award at the Abu Dhabi Arabic Language Centre is an independent cultural initiative administered by Department of Culture and Tourism - Abu Dhabi.

For the latest news and updates about the award, please follow: