There is Abdulaziz Al Farsi, from Oman and a cancer specialist, whose debut novel, [Weeping Earth . . . Laughing Saturn], which we excerpt, tells, through different narrators, of the life and complexity of tensions in an Omani town whose inhabitants want a modern life. Lebanese author Ahmad Ali El-Zein, who works as a TV presenter for a celebrity profiles programme, has authored four novels; the latest, [The Edge of Oblivion], which we excerpt here, is the first volume of a trilogy about fictional hero Abdul Jalil Ghazal – whom we meet limping from the ruins of an intolerable desert prison, continually sucked back into his dark and horrifying memories as he tries to make sense of his present predicament. Also from Lebanon is May Menassa, with an excerpt from her novel [Walking in the Dust], which was short-listed this year for the inaugural Arabic “Booker” prize, and which tells the powerful story of dealing with tragedy and loss in war from a very young age. From Syrian author and poet Maher Sharafeddine comes an excerpt from his debut novel in which the narrator, whose family straddles Syria and Lebanon, is consumed by memories of dreadful prison experiences and a poverty-stricken but adventure-filled childhood in the multi-ethnic town of Hasaka. Renowned fiction writer and dramatist Abdel Khaliq al-Rikabi is one of the few major Iraqi authors to have stayed in the country; we present an excerpt from his acclaimed novel [Seventh Day of Creation] which weaves narrative upon narrative in a search of how to explain his country’s history and tradition.

Banipal 32, Summer 2008, presents poetry from Syria by three poets writing in three different languages: the late Mamdouh Adwan in Arabic, Mohja Kahf who writes in English, and Adel Karasholi who writes in German – all of them highly accomplished and published poets. We also have two new poetic voices, the young Egyptian poets Ahmad Yamani and Mohamed Metwalli. Literary translator from Arabic to German Hartmut Fähndrich is interviewed, celebrating his achievement of fifty translations of Arabic fiction.

In Banipal 32, unfortunately, we also say farewell to his fellow colleague Doris Kilias, “the voice of Naguib Mahfouz in German”, who sadly died in June 2008, and who set tremendous standards with her translations of Naguib Mahfouz and other contemporary Arab authors. We express our sadness, also, in a tribute to Egyptian author Albert Cossery, a friend of Banipal, who died in Paris, the “Voltaire of the Nile” as the French press called him. In this issue we present Part 2 of the feature on Syrian Literature, and look forward to continuing it in the Autumn/Winter issue with a number of equally important authors. Until then, enjoy your reading!

INTERVIEW
Hartmut Fähndrich – Arab Literature is now on the map

All these book reviews can be read online. Click here for full list of online book reviews, originally reviewed in Banipal issues

For all the translators, reviewers, writers in Banipal 32, and for more information on all contributors, click on their name or click here for the A-Z contributors' section 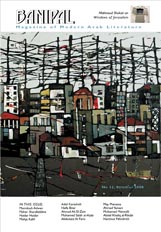 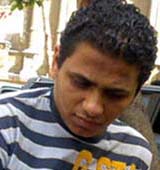 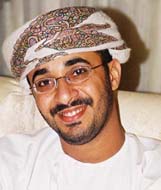 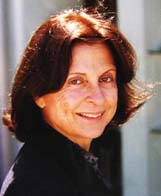 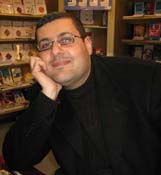 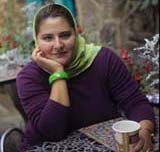 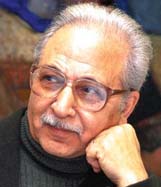 Ahmad Ali El-Zein – Excerpt from The Edge of Oblivion