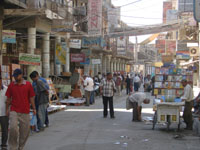 An exhibition displaying the inventory of the Al-Mutanabbi Street Broadside Project is taking place at the John Rylands Library in Manchester and will be available to view until the July 29th. The exhibition is the result of a project conceived by poet Beau Beausoleil and artist Sarah Bodman to re-assemble the inventory of reading material that was lost in the car bombing of the famous  street of bookshops in Baghdad, al-Mutanabbi Street, on 5 March 2007 – an attack in which more than 30 people died and more than 100 were wounded.

Read about the exhibition in Manchester here: http://www.library.manchester.ac.uk/deansgate/exhibitions/

Book artists from around the world were asked to produce works which reflected both the strength and fragility of books, but also showed the endurance of the ideas within them, in response to the attack on the heart and soul of the Baghdad literary and intellectual community.

"The project is both a lament and a commemoration of the singular power of words. We hope that these books will make visible the literary bridge that connects us, made of words and images that move back and forth between the readers in Iraq and ourselves" – The Al-Mutanabbi Street Coalition.

Here are some links to various websites describing how the project started and detailing the contents of its inventory: 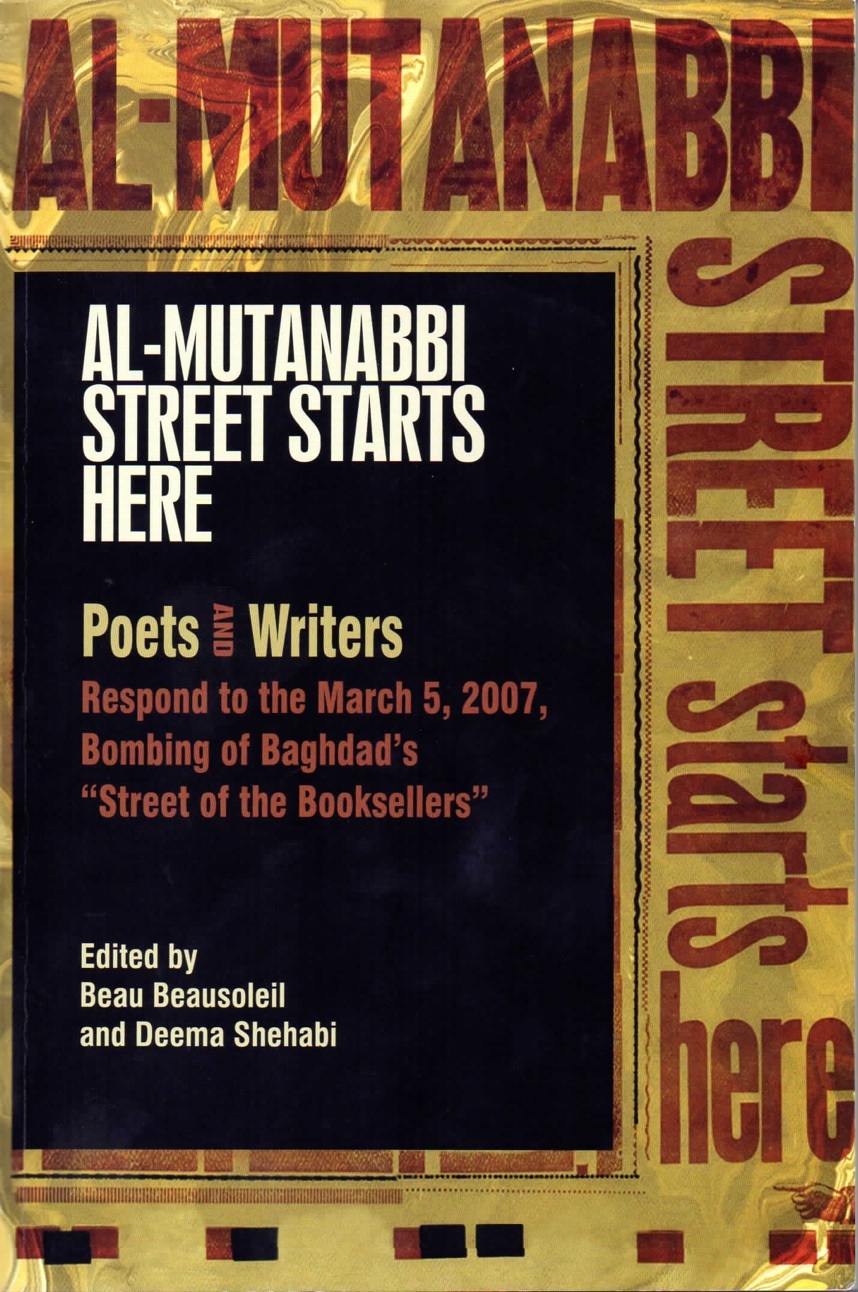 The anthology Al-Mutanabbi Street Starts Here is a response by 142 poets and writers to the bombing of the traditional book-selling street and will be reviewed in the upcoming edition of Banipal.

Contributors to this inspirational volume include Saadi Youssef, Etel Adnan and Ibrahim Nasrallah,  and number both authors from the Arab world with a personal connection to the street and others for whom the street symbolizes both the power of literature and the need to protect it.

In his Preface, Beausoleil writes: “Al-Mutanabbi Street starts in many places around the globe. Everywhere it starts it seeks to include the free exchange of ideas. We must safeguard that.”