Available to buy direct from Banipal Books via PayPal
UK £9.99 post free, rest of Europe £13.50, rest of world £15.50
Choose your postal region from the list below and click on the PayPal button

An Iraqi in Paris is a riveting tale of innocence and dreams, misery and humour.

• This modern Odysseus, with a name that’s always causing him problems, takes the reader on a tumultuous journey through Iraq, Jordan, Syria, Beirut, Tunisia, Cyprus and France, always with a copy of Les Miserables at his side.

• The author’s dream of making a film about his deaf-dumb father as he walks the streets of Paris, a homeless refugee, becomes the story of his Assyrian childhood in Habbaniyah and Ramadi in Iraq.

A fully revised third edition in translation of this best-selling ‘gem of autobiographical writing’ in the Arab world, by an author who has been called ‘a relentless raconteur’, ‘a modern Odysseus’, ‘the Iraqi Don Quixote’.

Providentially leaving Iraq just before Saddam Hussein installs himself as President, the young Assyrian narrator dreams of becoming a Hollywood film-maker after his hero John Ford, but after arrest and torture in Syria – accused of being a Jewish spy on account of his name, similar treatment in Jordan, and escaping execution in Lebanon by armed militia, he eventually lands up on the streets of Paris, where he meets up with Jean Valjean and tries to escape his fate as a homeless refugee with wit, humour and amorous adventures, all the while writing the story of his childhood, his deaf-mute father Kika, and film buff Kiryakos. After all his experiences, Samuel Shimon, ‘the runaway from museums’, writes an urgently needed and timely ‘manifesto of tolerance’.

Translated from the Arabic by Christina Phillips and Piers Amodia with the author. 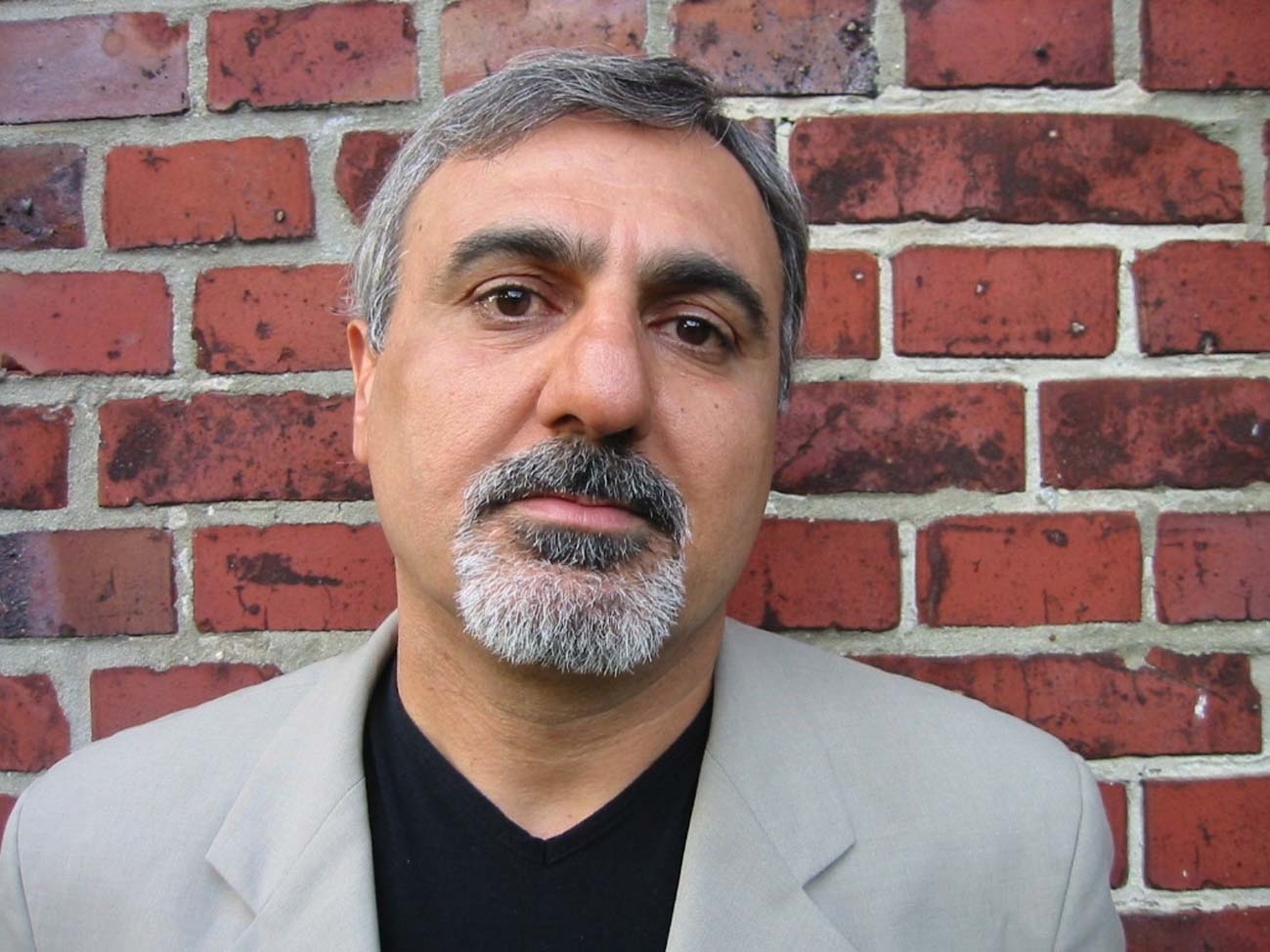 “The story of a whole generation of Arabs, whose life was destroyed by the stupid ideologies that controlled Arab politics.”
Amir Taheri, Sharq al-Awsat newspaper, London

“This is one of the gems of autobiographical writings in the modern period, I read the book with much pain, but also with a great sense of pleasure derived from the intelligent sarcasm and absurdity, both of which are at the heart of this dual autobiography.”
Abdo Wazen, Al-Hayat newspaper, London/Beirut

“A cinematographic odyssey. At once amusing and touching, Samuel Shimon lets his gaze travel with a camera’s precision.”
Le monde des livres, Paris

“A touching novel-cum-autobiography about days of sex and movies, politics and poverty, on the 1980s Left Bank. It’s an Arabic answer to Miller’s Tropic of Cancer – occasionally shocking; always witty and humane. Also included is his delightful memoir of an Iraqi childhood.”
Boyd Tonkin, The Independent, London

“As Shimon observes in Paris, the misery of the homeless is like Scheherezade in that it creates endless fantasies in order to escape from the present situation: the story sequence, the cinema and the imagination alike provide the internal resources with which humanity can face despair. Powerful book.”
Jane Jakeman, Times Literary Supplement

“Throughout this careening, fast-paced, episodic narrative, Shimon never loses his poignant sense of humour. He consistently folds the absurdity of political violence into the intimacy of human relations.”
Kaelen Wilson-Goldie, Daily Star, Beirut

“This is the unmade movie Samuel Shimon has been planning to make since he left his hometown in Iraq, in January 1979. Though he can’t show us yet, he sure can tell. A cunningly iconoclastic storyteller . . . with a keenly cinematographic and unflinching eye for detail . . . a relentless raconteur.”
Anton Shammas

“Shimon’s bare style, denuded of artifice, makes reading An Iraqi in Paris a true adventure, the style giving the book an immediacy that compensates for the strangeness of the main character and the unlikelihood of the events that he lives through, events that are, nevertheless, real. This combination of a realist style with content more akin to the adventures of Sindbad helps to make An Iraqi in Paris a modern Arab fable, sustaining the moral such a fable requires: follow your dreams and you will succeed.”
Hanna Ziadeh, Al-Ahram Weekly, Cairo

"An Iraqi in Paris offers interesting insights into the diversity of Arab cultures and nations and the truth beind the Islamic monoculture so often portrayed in the Western media. It's a thoroughly engaging book with an irrepressible narrator."
Kara Kellar Bell, www.laurahird.com

“It is a manifesto of tolerance. It is a text more like the taste of wine: sweet and sour, biting, exhilarating, strong and flowing. Such a novel gives the saga of Iraqi (and Arab) exile a literary value we have been waiting for for such a long time.”
Yussef Bazzi, Al-Mustaqbal newspaper, Beirut

“A Modern-Day Odysseus on the Way to Hollywood. A thrilling film, full of love and humour, kindness and humanity, dreams and illusions, a film now written as an autobiographical novel which we will read with delight and admiration.”
Fadhil al-Azzawi, www.qantara.de

The first edition of An Iraqi in Paris (Banipal Books, 2005) was nominated for the 2007 International IMPAC Dublin Literary Award. Click for Long List details. It joined 137 other titles being judged for this annual award for a novel written in English or translated into English. The prize was first awarded in 1966, when the winning title was Remembering Babylon by Australian author David Malouf.