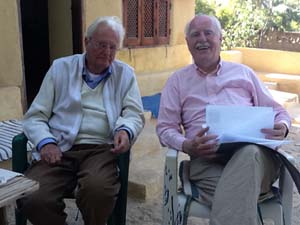 A unique and lasting legacy

Suddenly I got the news that Mark Linz, who directed The American University in Cairo Press for over 25 years, has passed away – yesterday, 9 February 2013. He had been battling with cancer, but when I met him at the Frankfurt Book Fair last October, although he looked gaunt, his broad smile and twinkling eyes were still there, and I was reassured of victory over the disease.

Images of him over the years that I have known him immediately spring to mind. He was gracious, open-hearted, encouraging, charming and supportive, almost always smiling and in good spirits – a friend who will be so missed.

He had not long ago retired from the Press that he had seen become – in his own words in Banipal 43's celebration of doyen translator Denys Johnson-Davies – "recognized as the world’s leading publisher of modern Arabic literature in translation".

It is ironic that the headline Mark Linz gave to the work of DJD in that article – A unique and lasting legacy – must now, with his passing, become his own.

I will never forget the countless chats and discussions, the emails, we have had with him since Banipal started in 1998, not to mention the sharing of a booth at MESA, the advertisements in the magazine, the meetings at Frankfurt and London Book Fairs. 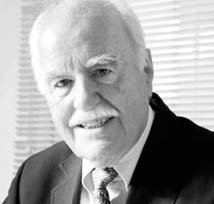