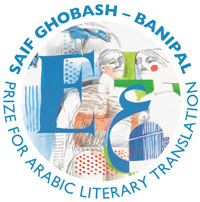 Roger Allen is the winner of the 2012 Saif Ghobash Banipal Prize for his translation of A Muslim Suicide by Bensalem Himmich, published by Syracuse University Press

Humphrey Davies is the runner-up for his translation of I Was Born There, I Was Born Here by Mourid Barghouti, published by Bloomsbury.

The four judges, who met in December under the chairmanship of prize administrator Paula Johnson of the Society of Authors, are the poet, author and broadcaster Ruth Padel; short-story writer, novelist and author of Hideous Kinky Esther Freud; Iraqi poet, novelist, critic and literary translator Fadhil al-Azzawi; and John Peate who is a translator, university teacher and researcher based in the UK. They were pleased to see so many books from so many different Arabic-speaking cultures and countries being translated into English and discussed many important issues and questions before agreeing unanimously on the winner and runner-up. 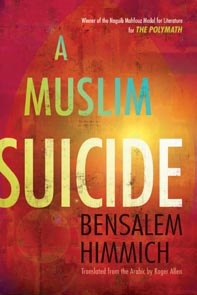 "A highly challenging, yet deeply enriching read . . . a major achievement"

A Muslim Suicide is a highly ambitious and erudite work that opens up remarkable historical, cultural and religious perspectives on the Islamic heritage. It is a highly challenging, yet deeply enriching read in its English translation. This is chiefly due, however, to the immense insight and long and hard-earned cultural and linguistic awareness of its translator. It is very hard indeed to imagine anyone besides Roger Allen capable of bringing this serious book alive to English readers. All those able, even briefly, to browse a little of the Arabic original would quickly recognize the translation as a major achievement.

The Arabic original is written in a language not only related to the heritage, but also full of contemplations and Sufi ideas. The author enables us to accompany the main hero of the novel in his long journey across different cities and countries from Spain to Mecca, letting us get in touch with different dimensions of Arabic history, poetry, Islamic religion and heritage. In this work, Roger Allen shows us in how utterly fine and deep his linguistic awareness is: he succeeded with his wonderful style not only in turning Himmich's text into brilliant English prose, but also in creating a real piece of literature – this fascinating historical novel. It is a major work of translation that impressed all the judges with its remarkable sophistication and ambition, its rich philosophical and literary tapestry, and the seamless way in which it has been translated.

Readings by the prizewinners
Prizes presented by Sir Peter Stothard
and the Sebald Lecture on the Art of Literary Translation
Boris Akunin on “Paradise Lost: Confessions of an apostate translator”

For more information about the Masterclass email margaret@banipal.co.uk

This is a free event, but seats are limited so do please RSVP here to book your place.