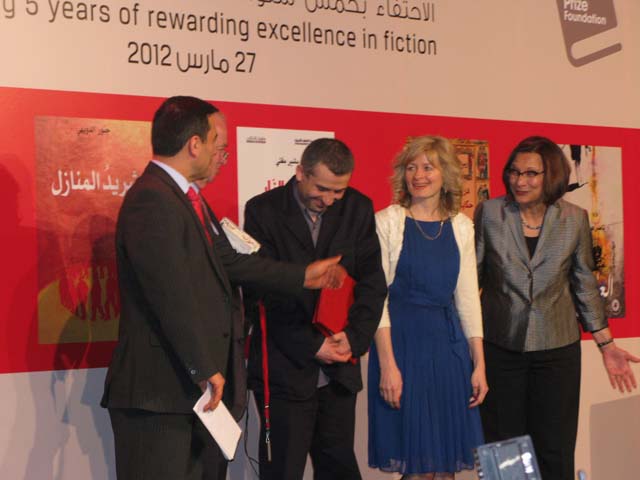 The Druze of Belgrade by Rabee Jaber is the winner of the fifth International Prize for Arabic Fiction, announced on 27 March 2012 at a prize ceremony in Abu Dhabi by this year’s Chair of Judges, the Syrian writer and critic Georges Tarabichi. 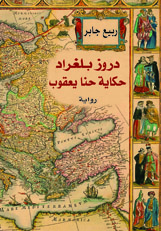 This is the second time the Lebanese writer has been shortlisted for the Prize, having been previously nominated in 2010 for his novel America. His winning book, The Druze of Belgrade, is an historical novel about a man whose life is turned upside down by a cruel twist of fate. The novel opens in 1860s Beirut, just after the Civil War in Mount Leba 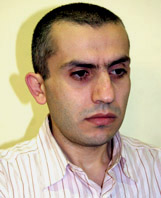 non. Hanna Yacoub, a Christian egg seller, has the false identity of a fighter from the Druze community forced upon him and is sent into exile along with a group of Druze fighters. The book chronicles his 12 years of imprisonment and the untold suffering he experiences in Belgrade and other parts of the Balkans. The Judges praised the novel for its powerful portrayal of the fragility of the human condition through the evocation of a past historical period in highly sensitive prose.

Georges Tarabichi, Chair of Judges, commented: “After prolonged discussion, the panel of Judges of the fifth year of the International Prize for Arabic Fiction eventually agreed to award the Prize to The Druze of Belgrade by Rabee Jaber. Had the rules of the Prize allowed there to be more than one winner, we would have nominated all six novels on the shortlist as Prize winners.”

This year’s winner was selected from a shortlist of six books, noted below, and announced in Cairo earlier this year by the 2012 Judging Panel. Georges Tarabichi was joined on the panel by four other Judges: Lebanese journalist and literary critic Maudie Bitar; Egyptian academic and women's rights activist Professor Hoda Elsadda; Qatari writer and academic Dr Huda al-Naimi; and Spanish academic translator and researcher Dr Gonzalo Fernández Parrilla.

As well as winning 50,000 US Dollars, Rabee Jaber is guaranteed an English translation of his novel, as well as increased book sales and international recognition. In the past five years, all winners of the Prize have secured English publishing deals for their novels, with three former winners – Youssef Ziedan, Abdo Khal and Mohammed Achaari - to be published in English in 2012.

“This is an important year for the Prize; after five successful years, our 2012 winner is announced tonight. We can be proud that, over this period, we have brought recognition and reward to outstanding Arabic literary fiction. I am also glad that, through translation, we are bringing wider international readership to the winners and many shortlisted writers.”

Salwa Mikdadi, Head of the Arts and Culture Programme at the Emirates Foundation, added: “The Emirates Foundation is proud to be the entity which funds the Prize and was instrumental in its establishment. For the past five years, the Prize has positioned itself as an important addition to the literary scene in the region and worldwide, particularly among young writers, which has clearly been reflected in this edition’s longlist.”

2012 marks the fifth anniversary of the International Prize for Arabic Fiction. Since its inception, it has become the leading international Arabic literary prize and is respected for its unwavering commitment to independence, transparency and integrity. The Prize is supported by the Booker Prize Foundation and funded by the Emirates Foundation for Philanthropy.

The International Prize for Arabic Fiction is awarded for prose fiction in Arabic and each of the six shortlisted finalists receives $10,000, with a further $50,000 going to the winner. For further information about the Prize, please visit www.arabicfiction.org or follow the prize on Facebook.

The Druze of Belgrade

After the 1860 Civil War in Mount Lebanon, a number of fighters from the religious Druze community are forced into exile, travelling by sea to the fortress of Belgrade on the boundary of the Ottoman Empire. In exchange for the freedom of a fellow fighter, they take with them a Christian man from Beirut called Hanna Yacoub; an unfortunate egg seller who happens to be sitting at the port. The Druze of Belgrade follows their adventures in the Balkans, as they struggle to stay alive.

Lebanese novelist and journalist Rabee Jaber was born in Beirut in 1972. He has been editor of Afaq, the weekly cultural supplement of Al-Hayat newspaper, since 2001. His first novel, Master of Darkness, won the Critics’ Choice Prize in 1992. He has since written 16 novels, including Black Tea, The Last House, Yousif Al-Inglizi, The Journey of the Granadan (published in German in 2005), Berytus: A City Beneath the Earth (published in French by Gallimard in 2009) and America, which was shortlisted for the International Prize for Arabic Fiction in 2010.