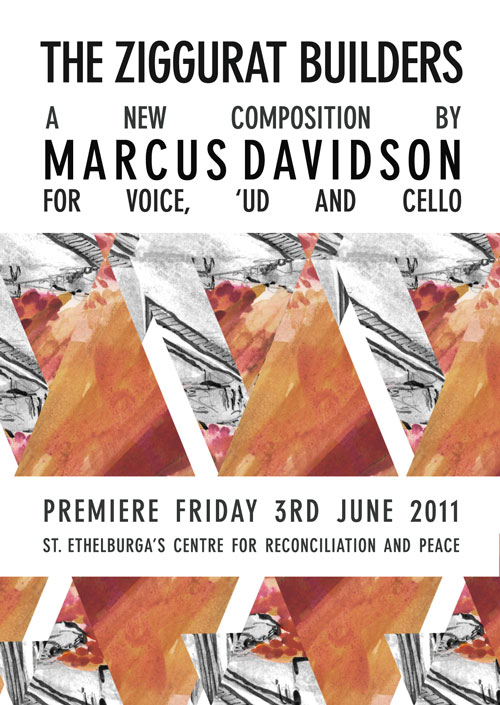 The Ziggurat Builders is a new composition for Voice, Oud and Cello by Marcus Davidson exploring the music of the voice and the Oud from medieval to contemporary sounds. Supported by the PRS for Music Foundation.

The title and libretto are taken from an existing poem by the late Iraqi Assyrian poet Sargon Boulus (1944-2007) and translated from Arabic into English by the author. The work draws on the unique sounds and individual qualities of ‘Voice’ and Khyam Allami, exploring the meeting of performing traditions from the east and west, creating a new sound source for the, as yet, unexplored combination of Oud, voice and cello.

Also at this special concert

Click here to buy a copy of Knife Sharpener – Sargon Boulus’s poems in English translation (including The Ziggurat Builders) also feature tributes to him and photographs, and was published posthumously by Banipal Books.