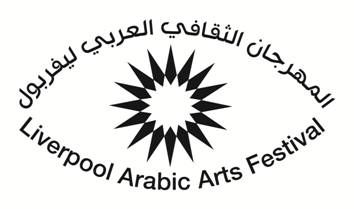 The 11th annual Liverpool Arabic Arts Festival brings a stunning array of events to venues across Liverpool, presenting talented musicians, artists, writers, comedians and actors and celebrating the best of Arab cinema, dance and food. Highlights include "the Arab  Billy Elliot" dancer Ayman Safiah, well-known film and TV actor Nadim Sawalha who is directing the play ‘Rest Upon the Wind’, a musical World Premiere from the Alif Ensemble at Liverpool Philharmonic Hall, stand-up comedy from US comedienne Maysoon Zayid and a presentation of political satirical cartoons at the Walker Art Gallery from artist Reem AbdelHadi, and, on Sunday 15 July, oud player and composer Khyam Allami in conversation

There will also be screenings of films from throughout the Arab world, including From Palestine with Love, El-Shooq (Lust – Egypt's official entry for the 2011 Academy Awards) and a flilm adaptation of Wajdi Mouawad’s powerful play Scorched.

Of particular interest for Banipal readers: