Egyptian Wiam El-Tamami was announced as the winner of the second Harvill Secker Young Translators’ Prize at a ceremony at Foyles Charing Cross Road, London on Wednesday 28th September.  As the winning translator she will receive £1000, a selection of Harvill Secker titles, Foyles tokens and a year’s subscription to Banipal Magazine.

The chosen language for the 2011 prize was Arabic and entrants were asked to translate the short story ‘Layl Qouti’ by Egyptian writer Mansoura Ez Eldin. 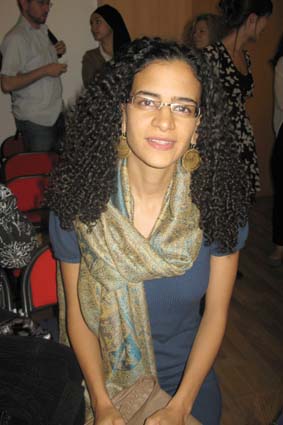 Winner Wiam El-Tamami is 27 years old and has lived in Egypt, Kuwait, England and Vietnam. After completing a BA in English & Comparative Literature at the American University in Cairo in 2004, she obtained an MA in Writing for Children at the University of Winchester. She is currently a freelance editor of literary translation at the AUC Press.

The judges commented: “Mansoura Ez Eldin’s story ‘Layl Qouti’ (Gothic Night) presented many challenges to the translators with its shifting tenses and dreamlike structure. The winning translator not only rose to the challenges of the text, fully comprehending the author's Arabic, but also produced a beautiful piece of writing. The translation displayed an elegance of style alongside fidelity to the Arabic original, yet the story is wonderfully articulated in the translator’s own voice.

You can read the winning entry, published online by Granta here.

Harvill Secker is also delighted to announce a partnership with Crossing Border/The Chronicles Festival, an annual showcasing of young, exciting, international writing talent which takes place in the Netherlands each November.  Wiam El-Tamami will attend the 2012 festival as part of her prize, and Crossing Border will extend this invitation to future winners of the Harvill Secker Young Translators’ Prize.

Below are some photos taken by Samuel Shimon at the event: 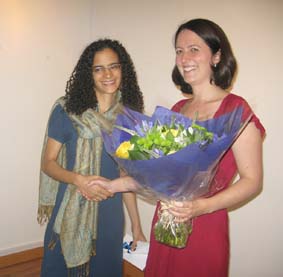 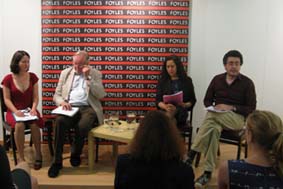 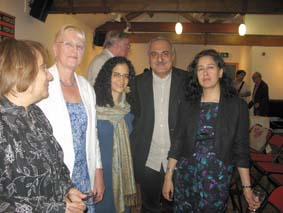 The Harvill Secker Young Translator’s prize was launched in 2010 as part of Harvill Secker’s centenary celebrations. It is an annual prize, which focuses on a different language each year.  For 2011, Harvill Secker has joined forces with Foyles, and the prize is kindly supported by Banipal. The prize is open to anyone between the ages of 18 and 34, with no restriction on country of residence.

Learn more about the prize here

Harvill Secker is an imprint of Vintage Publishing, part of The Random House Group, which in 2010 celebrated 100 years since the foundation of its first incarnation, Martin Secker Ltd. Harvill Secker has published some of the most iconic and inspiring literary works of the last 100 years, bringing international writing to the attention of British readers. Martin Secker Ltd was founded in 1910 and became Secker & Warburg in 1936. The Harvill Press was founded in 1946. The two imprints were merged in 2005 to become Harvill Secker.