The Hidden Face of Libyan Fiction

Libyan authors Wafa Albueissa, Giuma Bukleb, Ghazi Geblawi, Hisham Matar and Mohamed Mesrati, talk about the unknown Libyan novels, short stories and literary life in Libya, and open a discussion on the ongoing struggle for freedom in their country.

For directions to the London Book Fair and all information, click here

Giuma Bukleb was born in Tripoli in 1952 and has published his short stories in Libyan literary periodicals since 1976. Since 1988 he has lived and worked in London. He has published stories in Al-Quds Al-Arabi newspaper, and in his collection (Tales from England).

Ghazi Gheblawi was born in Tripoli in 1975. He has two short story collections in Arabic and has published poems in British literary magazines. An award-winning blogger and podcaster, in 2006 he founded the Arabic cultural podcast (Imtidad Cultural Podcast). He lives and works as a doctor in London.

Mohammed Mesrati was born in 1990 in Tripoli, Libya. He started to publish his stories online on Kikah and in 2007 in Al-Quds al-Arabi. He recently published his first collection of short stories while completing a first novel and writing his blogspot ‘My Camomile Tea’. He lives and works in London and studies Creative Writing and English Literature.

The current issue of the magazine is Banipal 40 – Libyan Fiction.
To get a copy before the London Book Fair event, click here 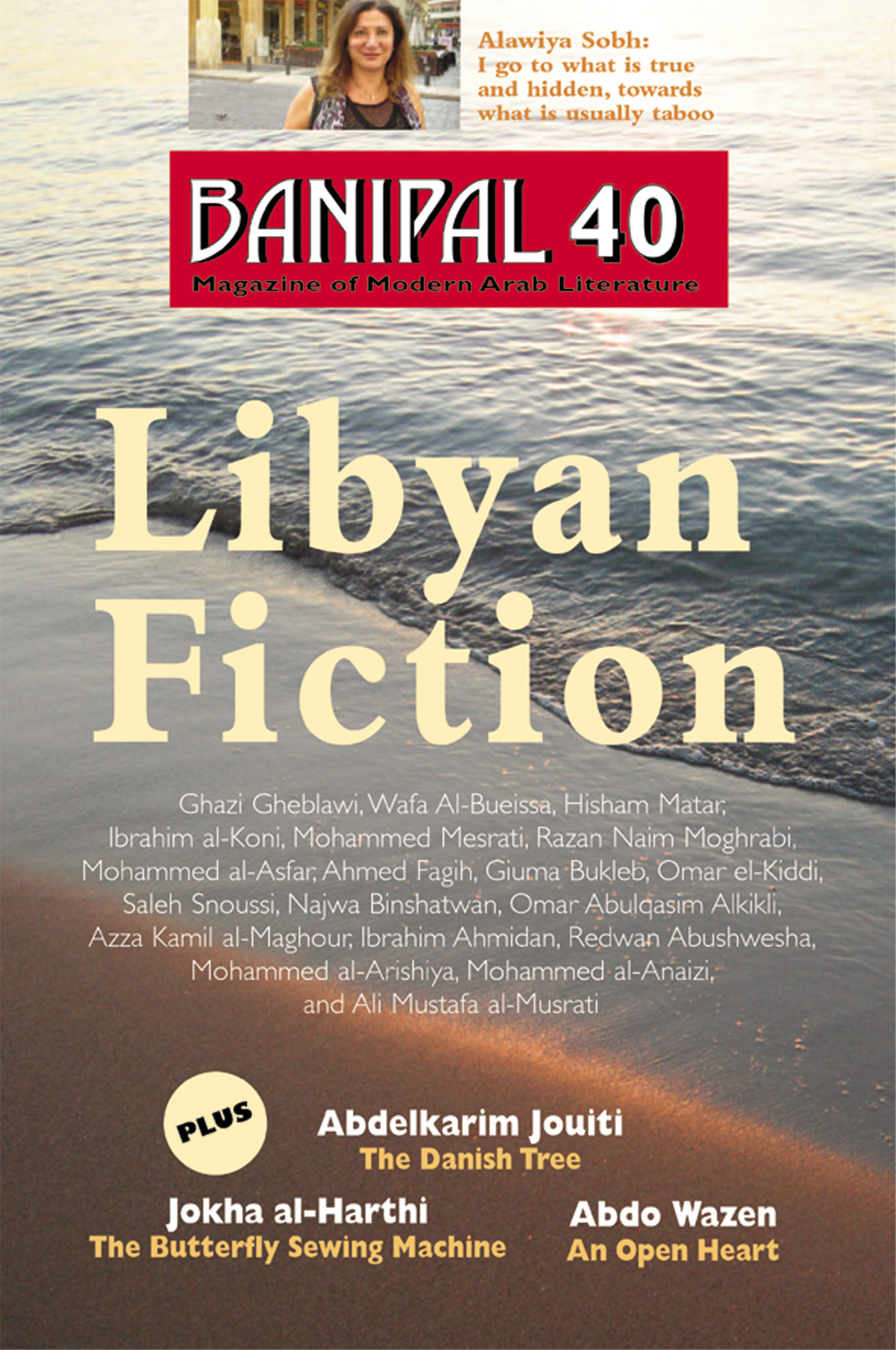 This event is supported by