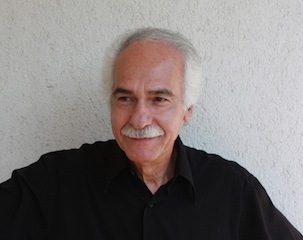 The author will be joined by the translator André Naffis-Sahely for readings and discussion from his novel and from his newly published chapbook of poems.

The Bottom of the Jar is an exploration of Laâbi’s childhood city in Fez, Morocco, undertaken through Namoussa, his semi-fictional kindred spirit. The novel is not only a personal testament of Laâbi’s early years, but a work of great social and political import; one that reflects on and evokes the charged atmosphere during the final days of French colonial occupation of the North African country, and the painful road to independence.

Abdellatif Laâbi, was born in Fez, Morocco in 1942. He began writing in the mid-1960s, publishing his first novel in 1969. In 1966 he founded the renowned literary magazine Souffles, a journal of literature and politics that saw him imprisoned for eight-years. Once released from jail, Laâbi left Morocco in 1985 and has lived in Paris ever since. Laâbi received the Prix Goncourt de la Poésie in 2009 and the Académie française’s Grand prix de la Francophonie in 2011.

André Naffis-Sahely, was born in Venice, in 1985, of Italian and Iranian parentage. He was raised in Abu Dhabi and later educated in Britain. He is a poet, critic and literary translator.

This event at the Mosaic Rooms is in association with the Poetry Translation Centre.