Khairy Shalaby has died at the age of 73 after a fatal heart attack on 9 September 2011 at his home in Cairo. Born in Kafr al-Shaykh village, the Nile Delta, in 1938, he is one of Egypt’s most distinguished and popular authors. He published his first novel in the late 1950s, and to date has authored over 70 works, including 12 novels, collections of short stories, historical tales, and critical studies.

The Arabic edition of The Lodging House, Wikalat 'Atiya, was awarded the Naguib Mahfouz Medal for Literature in 2003.

Shalaby said himself that he was writing the literature of “the Egyptian street” and felt a duty to give new life to people from the cities and villages through his characters.

He received many Egyptian literary awards, among them the National Prize for Literature 1980-1981. He was editor-in-chief of both Poetry Magazine and the Library of Popular Studies books series published by the Egyptian Ministry of Culture. 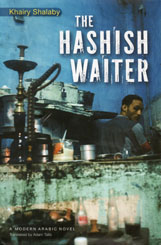 Khairy Shalaby's latest novel in English translation is The Hashish Waiter, recently published by AUC Press. Set in the Anwar Sadat era it centres around the habitués of a Cairo Hashish den. The eponymous Hashish Waiter is “Rowdy Salih”, a deliciously mysterious character at the centre of a group of poets, artists, academics and writers who find a haven away from society in the smoke-filled "Hakeem’s Den".