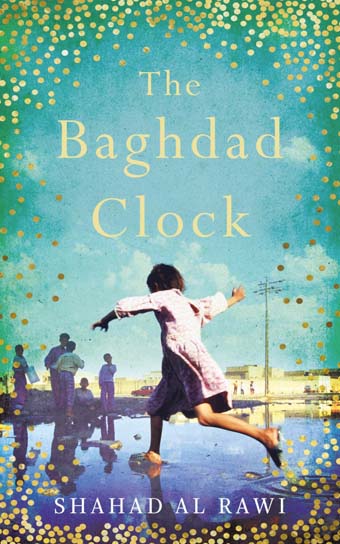 Growing up with war, sanctions and more war

Of the six works on this year’s International Prize for Arabic Fiction shortlist, one in particular has become the focus of considerable debate. Despite the fact that the original Arabic edition rapidly became a bestseller and had to be reprinted multiple times in the first months of its publication, many have been quick to dismiss Shahad Al Rawi’s debut novel The Baghdad Clock as a teenage romance, a weak attempt at magical realism by a young female writer. This reader, however, feels that such views are for the most part unwarranted. Critics and fans in the Arab world may be vehemently divided on the novel’s literary merit, but let us not ignore one fact: this is a book that is getting people reading. Luke Leafgren’s welcome translation opens up the conversation to an English-speaking readership.

Shahad Al Rawi’s novel describes in colourful detail the Baghdad neighbourhood in which its young protagonist grows up, in the period between the First Gulf War and the present. Unfolding under the shadow of Baghdad’s iconic clock tower, this imaginative young girl – who grows up with war in her childhood, sanctions as a teenager and yet more war as a young adult – tries to come to terms with the ways in which the outside world is changing all she knows and loves. Western sanctions seep into every aspect of daily life, increasingly taking their toll on the neighbourhood’s families, as one by one they make the heart-wrenching decision to leave the country. Mysterious fortune tellers appear, warning characters about their future should they stay in Baghdad. As the neighbourhood gradually empties, and she and her best friend Nadia grow up, the protagonist carries the reader through its streets and stories in a bittersweet exercise in deliberate, painstaking recollection.

Many of the rhetorical questions posed by the young protagonist reveal her anger towards the outside world for the pain it has inflicted on her country. “What does civilisation mean when we starve children and adults and then launch missiles at them? What does it mean for humanity to progress when it keeps inventing ever more hideous paths to mutual annihilation?” she asks. Her playground is the battlefield of world powers; her words “this is how the besieged play” convey both resignation and defiance. These are not the words of a naïve young woman, and bold commentary like this reveals much more depth than is acknowledged by many of Al Rawi’s critics.

It would be untrue to claim that all of the literary devices employed by Al Rawi in this novel are entirely successful. The story flows easily, but a number of plot developments and aphorisms – particularly those relating to the protagonist’s romantic adventures – appear clumsy and serve as occasional stumbling blocks. Perhaps least successful, however, are Al Rawi’s less than subtle allusions to other works of magical realism; references to Gabriel Garcia Marquez’s One Hundred Years of Solitude, for example, do little to add value.

That said, it is hard not to be charmed by the sense of childlike wonder infused throughout this novel, and its many sharp observations about human nature and life in Baghdad as seen through the eyes of a young girl. The novel is a testimony to the many individuals – now scattered – who would have once made up such a neighbourhood, and their gentle acts of kindness, grace and love towards one another as recounted by this remarkably perceptive young protagonist and her friends. It offers a vivid tapestry of characters, characteristics, smells, sounds and songs, all in danger of being forgotten forever now that so many Baghdadis have settled elsewhere.

Published in Banipal 62 – A Literary Journey through Arab Cinema