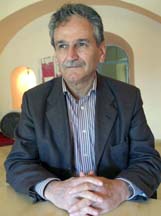 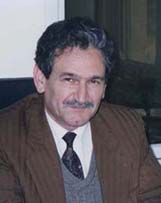 Mahmoud Shukair has been a prodigious creator of short stories since 1962. He was born in 1941 in Jerusalem and grew up there. He studied at Damascus University and has an MA in Philosophy and Sociology (1965).

He has published 67 volumes of works, including 14 short story collections, three novels, more than 40 books for children, a volume of folk tales, a biography of a city, and a travelogue. In addition to these, he has written six series for TV, four plays, and countless newspaper and magazine articles, including for online publications.

His novel Madih li-Nissa’ al-'A’ilah (Praise for the Women of the Family) (Hachette Antoine, 2016), was shortlisted for the 2016 International Prize for Arabic Fiction (IPAF). Its English translation by Paul Starkey was published by Interlink, USA in 2018. It is the second part of a trilogy of novels by Mahmoud Shukair about Jerusalem family life and stories.

A major feature by Banipal magazine on Mahmoud Shukair was originally planned for earlier than Banipal 70 (Spring 2021) but it was decided to postpone it until this issue as a gift to this great Jerusalemite on his 80th birthday – which took place in March 2021.

Dhil Aakhar lil-Madina (Another Shadow for the City), Jerusalem, 1998

Madih li-Nissa’ al-'A’ilah (Praise for the Women of the Family), 2015, shortlisted for the International Prize for Arabic Fiction 2016. English translation by Paul Starkey published Interlink, USA, 2018