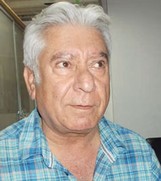 His  translations include a collection of short stories by Hermen Hesse. For many years he has lived in London and in 2008 his first novel Khalf al-Saddah (Behind the Levee) was published. It was followed by Duroob al-Fuqdan (2013), excerpted in Banipal 61 – A Journey in Iraqi Fiction, and in 2017 Al-Laji’a (the Refugee).