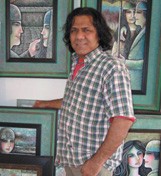 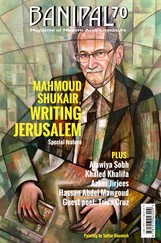 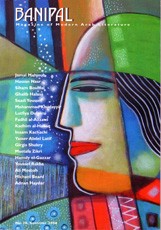 Sattar Kawoosh was born in 1963, in Baghdad, Iraq. He studied at the Academy of Fine Art in Baghdad from 1984 to 1990, and has a Visual Arts Diploma. Between 1986 and 1993 he held four solo exhibitions in Baghdad. At that time, in the early 1990s, his work included journalism and book illustrations.

Many of his works have found their way into exhibitions across the globe. He left Iraq and settled in the Netherlands in 2001, continuing his commitment and passion for art, and having successful solo exhibitions over the next four years in Stichtung SCID, Rotterdam; Openbare Bibliotheek, Rijswijk; Dokkum and Groningen galleries; in Enkhuizen and Utrecht; and in Hoogevan.

He is a painter of colours, rainbows and light. He is concerned to be true to his imagination and his art, and as said that “the more the creator is honest and truthful with himself and his art, the more he can achieve for his country and the world. He manufactures beauty and makes it equal to the destruction that is going on.”

Kawoosh has developed his own figurative, expressionist style, working with ranges of colours and experimenting with non-standard formats. His particular themes are love and those special moments between a man and a woman and Kawoosh considers that his inspiration comes from the atmosphere of the thousand and one nights, of the East were he came from, mixing with the decorative and ornamental Art Nouveau of the North, where he lives now. 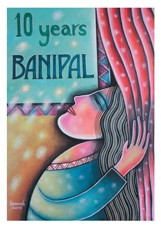 The latest cover of Banipal painted especially by Kawoosh is the magnificent portrait of Mahmoud Shukair for Banipal 70 – Mahmoud Shukair, Writing Jerusalem (Spring 2021).

More information about Sattar Kawoosh and his art can be found at www.kawoosh-art.com