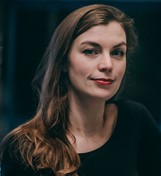 Leri Price graduated from the University of Edinburgh with First Class Honours in Arabic. She has translated three novels of the Syrian author Khaled Khalifa. The Arabic original of the first one, In Praise of Hatred, had been shortlisted for the inaugural 2008 International Prize for Arabic Fiction.

Her translation of Death is Hard Work (Faber & Faber 2019), won the 2019 Saif Ghobash Banipal Prize and was longlisted for the 2019 US National Book Award for Translated Literature.

Leri Price's latest translation, Planet of Clay by Syrian author Samar Yazbek, came out with World Editions in May 2021, and has been longlisted  for the 2021 US National Book Award for Translated Literature.

Banipal 25 published an excerpt from Salsal (Clay), translated by Christina Phillips, in Autumn 2005, shortly after the book was published by Arab Scientific Publishers.