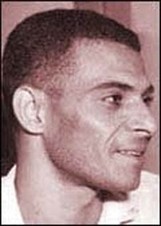 was born in Karnak, Egypt, in 1938 and moved to Cairo in 1964, becoming well known for oral performances of his stories. He published four novellas, of which The Collar and the Bracelet was made into a major Egyptian film directed by Khairy Bishara, and five collections of short stories. A prominent figure in the writers’ group the Generation of the Sixties, he tragically died in a car accident in 1981 at the age of 43.

Samah Selim has won the 2009 Saif Ghobash – Banipal Prize for Arabic Literary Translation for her translation of The Collar and the Bracelet (published by the American University in Cairo Press). For more information about the prize and the challenge of translation go to the Banipal Trust for Arab Literature.