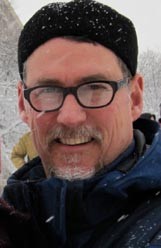 is Chair of the Department of Arabic and Islamic Studies at . He graduated from UC Berkeley in 1989 where he also completed his PhD in Comparative Literature (2000). He is author of Conflicted Antiquities: Egyptology, Egyptomania, Egyptian Modernity (2007), and many articles on Arabic literature, film and colonial culture. He is a translator of several works of contemporary Arabic literature, including Gold Dust by Ibrahim al-Koni, Poor by Idris Ali, Ibrahim Aslan’s The Heron, and al-Koni’s epic of the Sahara The Animists (forthcoming), all of them AUC Press and Arabia Books titles.

Elliott Colla is a runner-up in the 2009 Saif Ghobash – Banipal Prize for Arabic Literary Translation for his translation of Ibrahim al-Koni's Gold Dust.

He was one of the judges of the 2010 Saif Ghobash – Banipal Prize.