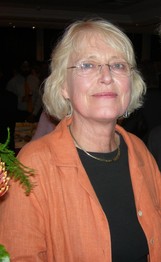 Margaret Obank is known for her contribution to the dissemination of contemporary Arabic literature in English translation. In 1997, she co-founded Banipal magazine of modern Arab literature in English translation with her husband, the Iraqi author and journalist Samuel Shimon. In 2000 they co-edited A Crack in the Wall (Saqi Books,), an anthology of poetry by contemporary Arab poets in English translation (from Banipal issues 1 to 9). In 2004 and 2006 she put on two "Banipal Live" tours of the UK with Arab authors. She established The Banipal Trust for Arab Literature, which in 2005 set up the annual Saif Ghobash Banipal Prize for Arabic Literary Translation (inaugural award 2006) and, in January 2010, the Banipal Arab British Centre Library of Modern Arab Literature in original English and English translation, with the lending library housed at the Arab British Centre.

Over the years she has been publishing selected books by Arab authors under the Banipal Publishing imprint of Banipal Books. In 2019, with the English-language magazine having achieved worldwide recognition and a reputation for consistent quality and choice, Banipal turned their attention to a regular publication schedule for books – in English translation from the Arabic – decisive works from the wealth of Arabic memoir, fiction and poetry being published today, and to expanding its magazine portfolio to include a Spanish edition as well as the English, and to plan a German one.

Margaret Obank was born in Leeds, UK, and has a BA Hons in Philosophy and English Literature (Leeds) and an MA in Applied Linguistics (Birkbeck College, University of London). She was a language teacher in Bradford and a lecturer in London Further Education Colleges, and spent many years in printing and publishing, starting at the Africa Publications Trust and the Africa Bureau. In April 1992, after the first Gulf War, she organised, with the Iraqi community in London, a festival of Iraqi culture "Out of Iraq" in London to celebrate the contemporary artistic and literary richness of the cradle of civilisation that was Iraq.

She is a founding trustee of the International Prize for Arabic Fiction (2007), and was a member of the Outreach Committee of the Centre for Advanced Study of the Arab World, a joint project between the universities of Edinburgh, Durham and Manchester in the UK. In 2012 she was decorated by Moulay Rashid of Morocco with the honorary order of Wissam Alaouite for services to Moroccan literature. In 2016 she was awarded, for her work on Banipal magazine, the Sheikh Hamad Award for Translation and International Understanding. In 2020 Banipal magazine was awarded the Sheikh Zayed Book Award in the Publishing and Technology category.