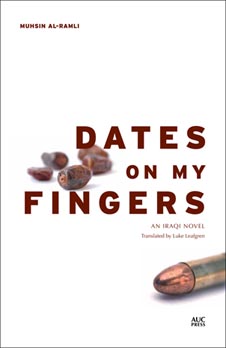 Dates on My Fingers

The incompatible and the inextricable

When Saleem stumbles across his father by chance in a Madrid nightclub, he barely recognises him but for an old keychain made from a single copper bullet. This bullet has long acted as a potent reminder of an oath for revenge, made years earlier in their Iraqi homeland. The reunion of father and son in this radically different environment should bring only joy, but instead it unmasks a festering obsession.

Saleem comes from a large, conservative family living an isolated existence near Tikrit. The indisputable leader of this clan is Saleem’s grandfather Mutlaq, whose maxim, harkening back to a childhood experience, is: “If a dog barks at you, don’t bark at it; but if it bites you, bite it back!” This mantra lies at the core of the family’s mentality, and is put to the test when Saleem’s father, Noah, takes revenge on a man who has groped his young daughter by forcing two copper bullets up his anus. But this man is an important government official, and before long Noah is arrested and tortured, losing the function of his reproductive organs. A revenge attack, in which the men of his family storm the building in which Noah is being held, spurs his release, but this attack has brutal, bloody repercussions on the wider family, prompting Saleem’s decision to leave Iraq for good and Noah’s promise to take revenge on the official who first inflicted so much shame on his family. When Noah learns that this official has been posted to Spain, he too moves to Madrid. Noah’s plan for revenge is clear, the copper bullet on his keychain indicative of the way in which he intends to carry it out.

With a focus on Saleem’s own experiences, including his very first sexual encounters with his childhood sweetheart in their Iraqi village and his confusion regarding his impotent father’s passionate relationship, the date fruit takes on a somewhat curious significance. But the use of this sweet fruit in the lovemaking of all the characters is more than just an unusual preference shared by the men in Saleem’s family. Dates, a symbol of Iraq, also act as a constant reminder of their roots. Even in exile, their homeland clings to both men as the nectar of dates sticks to their fingers. 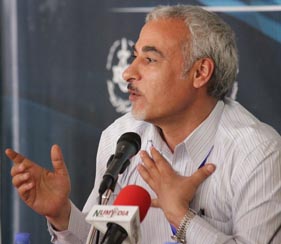 Any sweetness in the novel, however, only serves to exacerbate its underlying bitterness. When Noah announces his decision to move to Germany, supposedly to start a new life with Rosa, we learn that the very government official who prompted Noah’s move to Madrid has been posted to Berlin. This telling detail interrupts a euphoric final description of Saleem’s engagement to Fatima, family reconciliations and happy future plans. It is in this ending that the novel’s dark and chilling genius lies.

Dates on My Fingers is first and foremost an exploration of exile in the modern world, where the incompatible collides with the inextricable. When Noah hires Fatima, a pious Moroccan girl, to work in his nightclub – a veritable den of alcohol, lust and sin it is conditional on her memorising the Qur’anic Surah of the Cow rather than any display of aptitude. It is an intriguing detail: despite the extremes Noah goes to in his exile, he is nevertheless drawn to those who share his roots. Living in a modern European capital, a world away from their isolated community in Iraq, father and son cope with their exile in different ways: Saleem by papering over the walls of his apartment with newspaper cuttings about Iraq, and Noah by dyeing his hair, getting drunk, and groping women – another irony Saleem struggles to comprehend. When consumed by his lust for revenge, a wilder Noah is released. At first this facilitates lucid self-reflection, but ultimately exacerbates what he describes as the “entangled nature in my soul”.

Al-Ramli, himself an Iraqi who has lived in Madrid for many years, is all too aware that exile is not an escape. But the difficult questions raised in this novel are, no doubt, a way of making sense of his own entanglement.