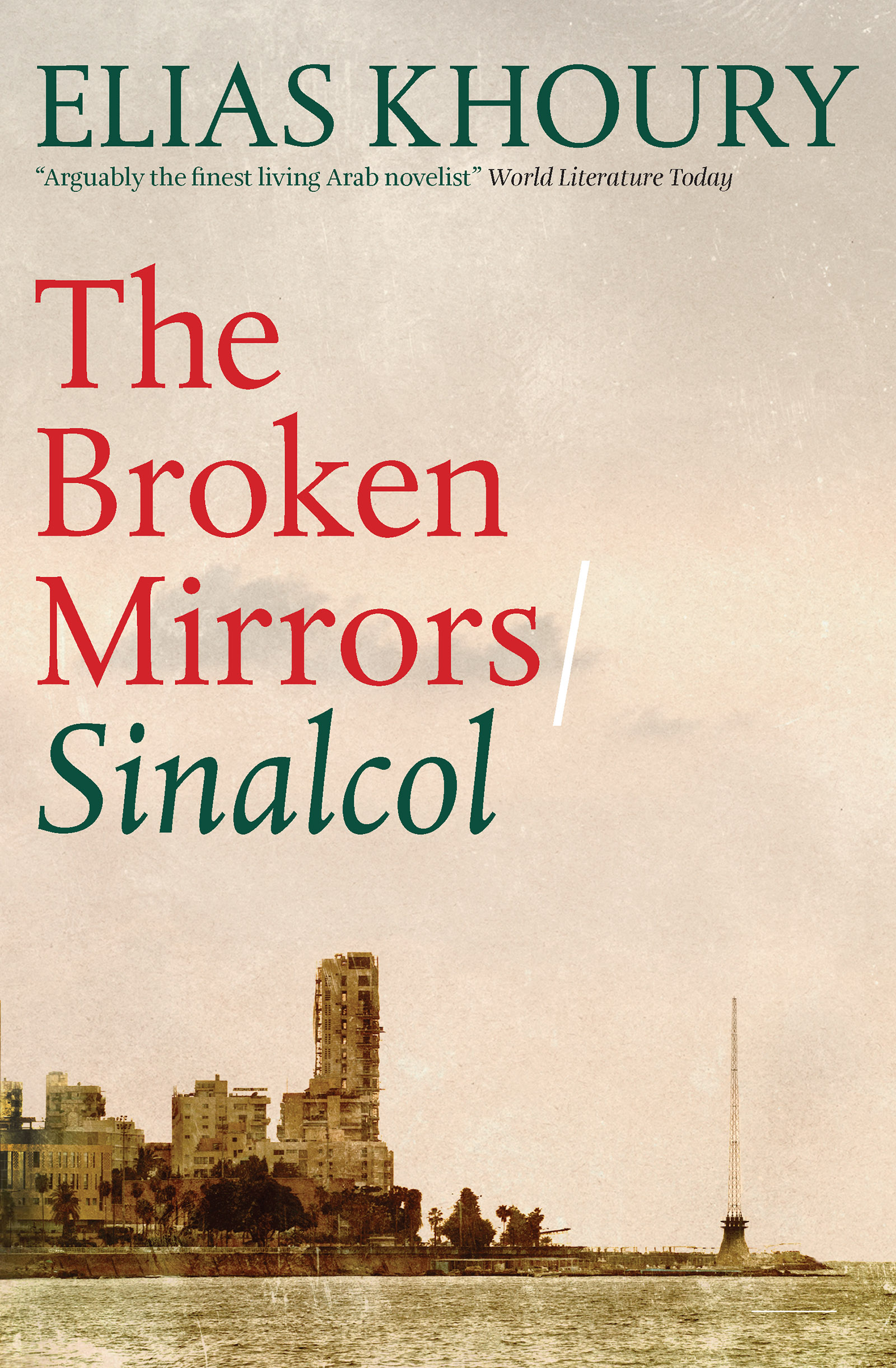 A wonderful, scintillating web of a tale

Forty years ago Lebanese-born Elias Khoury published a debut novel An ‘ilaqat al-da’ira (On Circular Connections) and launched an impressive literary career that has produced thirteen novels, three plays, four volumes of literary criticism and has seen him seen him serve as the editor-in-chief of the cultural supplement of the daily Beirut newspaper An-Nahar.

Along the way his work has been translated into thirteen languages, he has been hailed as a leading public intellectual, described by World Literature Today as “arguably the finest living Arab novelist” and won legions of admirers from readers and fellow authors alike for his ability to tackle big-theme political issues through the prism of finely drawn characters and their often questionable behaviour.

In his latest work, The Broken Mirrors/Sinacol, superbly translated by the gifted, award-winning Humphrey Davies, all Khoury’s skill and experience, both as a writer and a storyteller, are brought to bear as he explores the disruptive and destructive effects of civil war on the residents of Beirut’s divided city.

Central to this tale is Karim, a doctor who fled the civil war to take up residence in France where he extols the fragrant joys of Lebanese apples and Turkish coffee to his ever more distant wife, Bernadette, and vows never to return to his Lebanese homeland. However, when his smuggler brother Nasim draws him into a conscience-salving plan to build a hospital with his war profits, Karim returns to assist and is soon faced with all he left behind, as well as questions about his reasons for leaving, for returning and for abandoning his wife and daughters in France.

So far so seemingly straightforward, but The Broken Mirrors/Sinalcol is anything but. For as Karim seeks answers to his question ‘why did he leave France?’ we realize that reliability in narration is not his strength. He may have returned because of his brother, it may equally have been because of terminal homesickness, to revisit his lost loves or to find the elusive truth behind his Father’s death.

It may have been all these. It may also be to track down the ‘Sinalcol’ of the title, a mysterious ‘phantom’ that exemplified the civil war, who moved ‘through the darkness of the night’ to write the word ‘Sinalcol’ in red chalk on the doors of small shops and return the next night either to collect protection money or dynamite the doors of defaulters. Part hero, part thug, part legend, Karim describes him as ‘fantômiseur’, further obscuring the truth.

As the narrative weaves about, seemingly randomly, within the 1975 to 1990 timeframe, Khoury take us on a panoramic tour through the city, populating the story with a cast of characters so rich and diverse that each sketch is a small masterpiece. In Meena’s story we learn the awful lot of a Sri Lankan maid and through her conversation with Karim’s ex, Hend, now his brother’s wife, the confusion of where is East and where West, “We’re not East either, madam. Whole world become West, all of us imitating all of us, which is why the sun sets and you don’t know where it’s going to rise”.

In Karim and Nasim’s pharmacist father Nasri, we meet a man in decline, clinging to the memory of former glories and not averse to using his professional knowledge for nefarious purposes, whether concocting a miracle plant food sought by all or providing the ‘green potion’, a sort of magical Rohypnol that when drunk by female clients make him irresistible to them.

Through all the heroes and villains, fighters and lovers, militants, fundamentalists and ordinary people just trying to live, it is the tripartite of the father and two sons, ‘twins’ by dint of shared paternity and proximity of birth, that underpin this sweeping panoramic of a story. Each of their individual stories, false memories and active dissembling, bring stark truths into focus and while we are presented with many of their lies of love, there is equally a love of lies that enrich this at times troubling, at times emotionally affecting account.

Khoury demands full attention from readers. The episodic structure is so rich that it is often near opaque, so deft of touch that important strands of the story can be mistaken for light entertainment in all but focused reading. The Broken Mirrors/Sinalcol handsomely rewards those who bring commitment to its kaleidoscopic, shifting veracities and obfuscations.

As befits an author who witnessed the Palestinian refugee camps in Jordan, joined Fatah, fought in the civil war in 1975, was injured and who at various times lived in Jordan and France, Khoury is pitch-perfect on the plight of those who are involved in or affected by the dislocations of war. Whether describing Karim’s affiliation with the Palestinian forces of the left, Nasim’s with the Christian Phalangists, or the multiplicity of factions, divisions and allegiances that pervade the city, Khoury remains objective and rational throughout, offering a comprehensive masterclass on one of the regions most complicated and dangerous periods.

Through his portrayals of war and the periods of fleeting, fragile peace, Khoury grounds the story in the city, reminding us that Beirut is as much a mirror of it’s residents as the people are a mirror of the city, the two symbiotically interlinked. He also shows that we are the sum of the stories we tell of ourselves, whether true or false, and obliquely proves George Santayana’s oft used quote, “If we do not learn from history we are doomed to repeat it”, an all too tragic and poignant lesson in the context of current events in Syria.

At times witty and humorous, at times bleak to the point of tragedy, The Broken Mirrors/Sinalcol saves the best till last with the revelation of Sinalcol’s identity. But to get there is a long road, a loving and uncomfortable history of Lebanon and Beirut, a cast of characters that appalls and entertains in equal measure, a central protagonist who is part everyman as he stares into the mirror of his past. This may yet be Khoury’s finest work to date, it is certainly a masterpiece of storytelling.

Back to Banipal 53 - The Short Stories of Zakaria Tamer