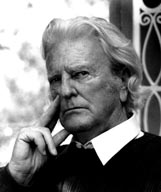 Memories in Translation: A Life between the Lines of Arabic Literature

with Foreword by Naguib Mahfouz

The American University in Cairo Press, Cairo and New York, 2005


Denys Johnson-Davies has done more than anyone else to celebrate contemporary Arabic literature in the Anglo-Saxon world. His output has been phenomenal: twenty-eight volumes of translation over the last sixty years (SIXTY YEARS!!!), of all forms of literature. He recognised the talent of Naguib Mahfouz when he was in his twenties and when Mahfouz was a young civil servant in his thirties. He identified that talent before most Egyptians, and indeed brought the great Taha Husain’s attention to his younger fellow-countryman’s genius.

In a Foreword to Memories in Translation Mahfouz recalls sixty years of friendship, saying Denys has done more than anybody to translate modern Arabic fiction into English and promote it. He has always sought out interesting new writers and worked hard not only to translate their novels, plays, short stories, and poetry but to find publishers for the translations too.

Denys has now written this most readable memoir, with modesty and wit, of his encounters with Arab writers, readers, critics and publishers.

Denys started young and studied Arabic under R. A. Nicholson at the University of Cambridge before the Second World War when he was in his mid-teens. From an early age he was interested in what contemporary Arabs were writing, and managed to get a job with the BBC Arabic service in Britain and then with the British Council in wartime Cairo. His first volume of translation was a collection of stories by Mahmoud Teymour in 1947. Since then, and especially after 1970, there has been a stream of publications. He has fitted it all into a varied career as businessman, lawyer, consultant, broadcaster, diplomat and teacher.

The memoir records some of the friendships he has made over his life: Naguib Mahfouz above all, but also most of the Egyptian writers of the late twentieth century. He has spent more time in Cairo than elsewhere but he has also had warm and close friendships with the late Jabra Ibrahim Jabra in Baghdad, with the late Yusuf al-Khal in Beirut, with the Sudanese Tayeb Salih (in London) and with Muhammad al-Murr in Dubai. In his eighties he is exploring new territories – a planned volume of short stories from the United Arab Emirates, and another of stories from his latest home, Morocco.

He writes of the struggles to get anywhere with the campaign for contemporary Arabic literature. The Arab Authors series that Heinemann published in the 1970s, with Denys as Consultant Editor, was never a commercial success. There has been little official encouragement from the Arab world in the promotion of their literature in translation.

He writes with humour of the dilemmas and challenges of translators of Arabic literature. Often the greatest misunderstandings, sometimes even wilful, have been from the Arab world. There is occasionally an extraordinary suspicion of outsiders being so interested in Arab literature that they translate it – a highly skilled and poorly rewarded activity. Denys has written his own fiction in English and is steeped in English literature. He tells some good stories. “You have translated al-jum‘a al-hazina wrongly,” one person says. “Why do you call it ‘Good’ Friday, when hazina means ‘sad’?” Well, Good Friday in English is the day Arab Christians call al-jum‘a al-hazina. His critic does not seem convinced. All translators have been challenged on the reasons why they have chosen to translate one text rather than another, as if translation is some kind of conspiracy.

Where would the cultural world be without its translators? How is it we have all had access to Homer and the writings of the ancient Greeks, to books such as The Epic of Gilgamesh, to the Russians, Cervantes, Proust.

Major writers have chosen to translate. He cites Baudelaire, Proust and D. H. Lawrence. (He could have added Naguib Mahfouz.) Denys has always maintained that literary translation is a creative art “that requires considerably more than simply having a knowledge of two different languages”.

Denys’s interests have not been confined to contemporary Arab literature. He has also translated hadith, and parts of the Qur’an and extracts of al-Ghazzali. His own stories have included stories for children and stories about animals.

But it is his work as a talent-spotter, a staunch friend to so many writers and as a mediator of writings from the Arab to the English-speaking world that gives him a unique place in modern cultural history. We are all in his debt.