"Saud Alsanousi’s gift for storytelling illuminates his intricate, satisfying saga of three generations of two very different families: the poor Mendozas in Manila and the high-status al-Taroufs in Kuwait. He gets inside his youthful narrator’s poetic sensibility, and his writing is fresh and immediate. It has been translated into clear, crisp English by Jonathan Wright, winner of the 2013 Saif Ghobash Banipal Prize for Arabic Literary Translation."

Jonathan Wright wins the 2016 Saif Ghobash Banipal Prize
for his translation of The Bamboo Stalk
On 23 February 2017 he and his author, Saud Alsanousi, will be in conversation in Manchester with Ben East at the International Anthony Burgess Foundation
The evening will be introduced by award-winning author Melvin Burgess 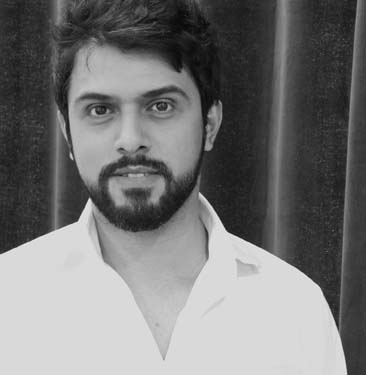 When fiction writer and journalist Saud Alsanousi was awarded the 2013 International Prize for Arabic Fiction (IPAF) for Saq al-Bamboo (The Bamboo Stalk), he became the first (and so far only) Kuwaiti to win the prize. And, aged 31, he was the youngest-ever winner. The novel takes an unflinching look at a particularly sensitive issue for Kuwait and other Gulf states: relations between locals and the large population of migrant workers, who often endure harsh conditions.

José, the first-person narrator of The Bamboo Stalk, was born to a Filipina maid Josephine Mendoza during her brief and secret marriage to Kuwaiti journalist and writer Rashid al-Tarouf. In a novel within a novel, José writes of his search for identity, first in the Philippines – separated from the father who has not seen him since he was a tiny baby – and then in Kuwait, to which he returns at the age of seventeen.

Before his IPAF win Alsanousi was already established as a rising literary star. The Arabic edition had won the Kuwait State Prize for Letters in 2012. His debut novel Sijeen al-Maraya (Prisoner of Mirrors) won the Laila al-Othman Prize for novels and short stories by young writers in 2010; an excerpt translated by Sophia Vasalou appeared in the Fiction from Kuwait special feature in Banipal 47.

In the “Stories on the Air” competition organised in July 2011 by Al-Arabi magazine with BBC Arabic, he won first place for his story “The Bonsai and the Old Man”.

The importance of writing is a theme running through The Bamboo Stalk. José was named after the Philippine national hero, 19th century writer and doctor José Rizal. Each of the novel’s six parts is preceded by one of Rizal’s inspirational quotes.

In Kuwait José’s name is Isa, after his long-dead paternal grandfather. In the Philippines he is ‘the Arab’, in Kuwait ‘the Filipino’. His looks are Filipino; José says he does not look anything like an Arab. He compares himself to a bamboo plant which belongs nowhere in particular. “You can cut off a piece of the stalk and plant it without roots in any piece of ground. Before long the stalk sprouts new roots and starts to grow again in the new ground, with no past, no memory.”

Alsanousi’s gift for storytelling illuminates his intricate, satisfying saga of three generations of two very different families: the poor Mendozas in Manila and the high-status al-Taroufs in Kuwait. He gets inside his youthful narrator’s poetic sensibility, and his writing is fresh and immediate. It has been translated into clear, crisp English by Jonathan Wright, winner of the 2013 Saif Ghobash Banipal Prize for Arabic Literary Translation.

Alsanousi powerfully evokes places and atmospheres, and creates a host of well-delineated characters. José has transcendent spiritual experiences and moves between Christian, Buddhist and Muslim places of worship. Given his attraction to meditation, “might I be a Buddhist without knowing it?” he asks himself. At the same time he harbours a guilty childhood secret over the near-drowning, resulting in brain damage, of his half-brother Adrian.

Josephine’s family, headed by her brutal father Mendoza, lives on a plot of land in Valenzuela City, north of Manila. José loves this land with its mango, papaya and other fruit trees, its croaking frogs and buzzing insects, and the smell of its earth. He is devastated when his grandfather spoils it by allowing the building of a relay station there in return for rent. Mendoza is addicted to gambling on the fighting cocks which he rears, and his wife is ill. Josephine’s older sister Aida is the sole breadwinner and her parents push her towards work as a bar girl and prostitute. Aida is keen that Josephine should be spared life as a sex worker, and helps her get to Kuwait where she is engaged as a maid by Ghanima, a strict and neurotic widow in her mid-fifties.  The highly-superstitious Ghanima sees it as a bad omen that Josephine’s arrival in Kuwait coincides with a bomb attack near the Emir’s motorcade. While Ghanima and her two eldest daughters mistreat Josephine, her son Rashid offers her kindness, sympathy and late-night talks on books, writing and politics in his study. Josephine falls in love with him, but declines his physical overtures, saying “Sir, I left my country to get away from things like that.”

He suggests they marry secretly, and after the formalities the marriage is consummated aboard a boat at night. When it becomes evident Josephine is pregnant, and Rashid admits he is the father, Ghanima turns them out of her house, fearing that the scandal will ruin her daughters’ marriage prospects. Rashid is sure that once the child is born his mother will accept it. But, though initially moved when he brings newborn Isa to her, she hardens her heart and tells Rashid never to bring him back.

Shortly afterwards one of Rashid’s best friends dies of a heart attack when he is a passenger on a hijacked plane and Ghanima blames the “curse” of Josephine. The baby, that “horrible thing”, is a curse like its mother. Rashid sends Josephine and Isa to Manila. He writes to Josephine to tell her that he has divorced her, but he pledges to continue to send money and to bring Isa to Kuwait “when the time is right.” After the 1990 Iraqi invasion and occupation of Kuwait and the 1991 Gulf War, Rashid’s letters and money dry up. It is only when Josephine meets the Kuwaiti writer Ismail Fahd Ismail, then living in the Philippines, that she learns Rashid had been a member of the resistance to the Iraqi occupation and had been captured.

José gives up hope of moving to Kuwait and struggles to build a life independent of his bullying grandfather. He trains in traditional Chinese massage and then goes to work in a tourist hotel on the island of Boracay. On the beach he is befriended by a group of fun-loving young Kuwaiti men whom he names the “crazies”. He meets them again by chance in Kuwait.

José travels to Kuwait at the age of 17 after Rashid’s close friend Ghassan telephones Jose-phine to say Rashid’s remains have been found in a mass grave and returned to the Tarouf family. Ghassan had promised Rashid that if anything happened to him, he would bring José to Kuwait. In Kuwait José, now Isa, faces difficulty and humiliation as he tries to find a place in the Tarouf family. When he moves into their house, he has to eat with the servants. Ghanima and her now-married two eldest daughters fear his presence will cause a scandal, though the younger aunt Hind, a still-unmarried human rights activist, is more welcoming. José makes something of a temporary breakthrough with his grandmother by using his skills in massage on her painful legs.

Through Isa’s experiences Alsanousi examines many features of Kuwaiti society: the clash between personal freedom and family honour, class and race discrimination, the plight of the stateless bidoon, women’s rights, and the impact of the 1990-91 Iraqi occupation and war.

The Tarouf family member most accepting of José is his sixteen-year-old half-sister, Khawla, who lives in his grandmother’s household. She often reads their late father’s unfinished novel, and she urges José to write. He follows her advice, writing in Filipino for translation into Arabic by the Filipino Muslim friend Ibrahim Salam with whom he had lived for a time in Kuwait. The result is the fine novel within the novel that is The Bamboo Stalk.