From the dreams and nightmares that have haunted US veterans of the Iraq war, Mike Ladd created poems. These poems led to an encounter with the other side. In Baghdad, Ahmed Abdul Hussein, too, felt the war as a source of words and wrote poetry. A meeting between invisible enemies who become visible men. At Royaumont. 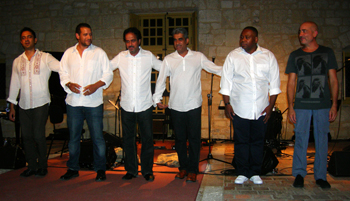 Click here to watch a short video of Sleep Song.

Alongside performances of Sleep Song, its artists joined philosophers and sociologists to investigate what drives humans to use artistic creation to silence the sound and fury of the warrior world. Directed by Denis Laborde.

Round Table – 'Sleep Song: Its Creation'

The performers discussed how they combined poetry and music to create 'Sleep Song'. With members of the École des Hautes Etudes en Sciences Sociales.

Round Table – 'Art Against War'

Specialists from different fields of expertise, including music, plastic arts and poetry, discussed the power of artistic creation to preserve or renew the dialogue for peace. 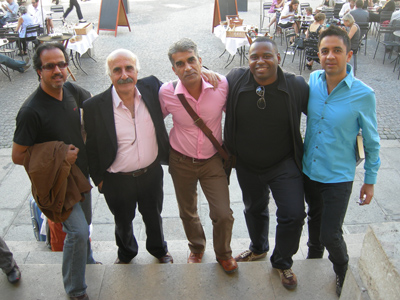 Round Table – 'Political Engagement and Cultural Diplomacy'
The role of artistic creation in post-war cultural diplomacy is up against historical analysis of the memory of war. Can the artist's voice only be heard once the weapons have been silenced?


The Sleep Song project is supported by Banipal