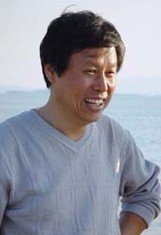 Do Jong-hwan was born in 1954 and is among the foremost poets in Korea. He made his literary debut in 1982 and has since published many collections of poetry.

As a poet who depicts the struggle of common people in a divided country, Do opens up new possibilities for the unification of North and South Korea. He is the recipient of many Korean literary prizes.