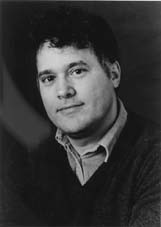 (Oudja, Morocco, 1960) is a French writer and scientist of Moroccan descent who, since the early 2000s, also publishes in Dutch. He went to Paris in 1979 to study engineering and later, specialised in econometrics. After a period of research at the Universities of Amsterdam and York, he settled in Amsterdam. In 1996 Editions Julliard published his debut novel, The Topographer's Teeth, which was awarded the Albert Camus Prize in 1997. His second novel, Judith and Jamal, was awarded the Prix Méditerrannée 1998. In the Netherlands his novels, stories and poems have been published in translation, but since 2001 he has written in Dutch and in 2002 he won the C. Buddingh Prize for his debut collection of poetry, Verbannen woorden [Words in Exile]. Laroui received the E. du Perron Prize 2002 for his published oeuvre. Laroui increasingly participates in the socio-cultural debate with frequent contributions to newspapers and magazines.