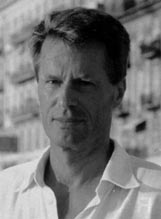 has been awarded the 2008 Nobel Prize for Literature, being described by the Nobel committee as an "author of new departures, poetic adventure and sensual ecstasy, explorer of a humanity beyond and below the reigning civilization".

In 1994 J M G Le Clézio was recognised as the greatest living writer of the French language. Born in Nice in 1940, he first achieved fame in 1963 with his novel Le procès-verbal, for which he won the Théophraste Renaudot Prize.  Since then he has published over 40 books with Gallimard: novels, essays, short stories, translations of Indian legends, and numerous articles and critiques, with many translations into English, German and other languages.

In 1980 he was the first author to receive the Paul Morand Prize for his entire work and in particular for his novel Désert (1980).His novels range from the passionate Le déluge (1966), which denounced the confusion and fear inherent in large western cities to the calmer Les Géants (1973), and Voyages de l’autre coté (1975), to the Mondo et autres histoires (1978), expressing a nostalgia for childhood and the innocence of pre-industrial society, to Poisson d’or (1997) and La Féte chanteé (1997) about the Amerindian people. His book, Hasard suivi de Angoli Mala (1999), is two novellas where themes of travel and adventure join issues of being uprooted and of passing from childhood to adolescence. His latest book is Ritournelle de la faim (2008).