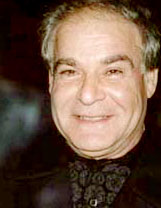 is a Palestinian literary critic who has lived between Damascus and Amman. He is one of the major critics in the Arab cultural world, publishing several books on literary theory and criticism, including, in 1996, Bo’s Al-Thaqafa fi al-Mu’asasah al-Falestiniyeh [The Misery of Culture in Palestinian Establishment]. He is a regular contributor to Banipal.