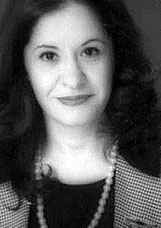 has published five novels and two short story collections, the second of which, Shajarat al-Fuhood (Amman, 1995), was awarded the State Prize for Literature. She works as a journalist and was appointed editor-in-chief of the fortnightly cultural tabloid Amman, established for Amman 2002 cultural capital year.