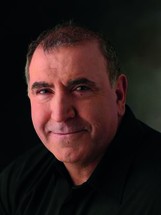 is a professor of Arabic language and literature at Claremont McKenna College, California. He previously taught at t Georgetown University and Yale University. His books include An Introduction to Modern Arab Culture and Anthology of Arabic Literature, Culture, and Thought from Pre-Islamic Times to the Present. He has translated the works of several leading Arab poets and novelists into English, in particular Arabian Love Poems of Nizar Qabbani, and Love, Death and Exile, poems of Abdel Wahab al-Bayati, The Crane by Halim Barakat and Sun On A Cloudy Day by Hanna Mina. He is a consulting editor of Banipal.