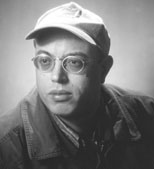 is an author and scriptwriter, born in Cairo on 13 December 1966. In 1995 his first collection of short stories was published by the Supreme Council for Culture. Since 1997 he has published four novels, and written two film scripts, one an original story, the other an adaptation of a novel by Brazilian author George Amadou.