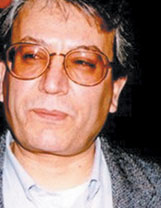 was born in Iraq in 1950.  He left Iraq in 1978 for Paris, later living and working as a journalist in Beirut, Damascus, Nicosia and Prague until he settled in London in 1989. He has published many volumes of poetry and one novel. Selected poems have been translated into English, French, German, Italian and Polish.