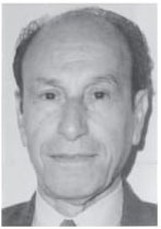 Ya‘qub Balbul (Baghdad 1920 – Israel 2003) was an Iraqi Jewish writer. His literary works were published in Arabic, and he achieved recognition as early as 1936 after publishing an article in the Iraqi journal, Al-Hatif. Known for his naturalistic stories, he is considered one of the first writers of social realist fiction in Iraq, and a pioneer of the Iraqi novel and short story. Reflective of his desire to present authentic accounts and to reach the masses, much of the dialogue in his stories was written in colloquial Arabic. Like other Jewish writers in Iraq in the 1930s and 1940s, his literary works were targeted toward a wide audience, influenced by both Western and Islamic traditions. He wrote not as a Jew, but as an Iraqi and continued to write in Arabic after his emigration to Israel in 1951. His first book of short stories was published in 1938, Al-Jamrah al-Ula (The first coal). Balbul described it as the only belletristic book published in Iraq that year, and in the introduction to it, writes of his desire for “Iraq to unfurl the banner of literature”.

He studied at the Shammash and Alliance schools in Iraq, completing his studies in 1938 and going on to study economics and business.

After emigrating to Israel in 1951, he majored in law and economics at the University of Tel Aviv and graduated from there.

• The following is excerpted from the essay by Orit Bashkin in Banipal 72 – Iraqi Jewish Writers (Autumn/Winter 2021) on Ya‘qub Balbul and his work, entitled Secularism, Spirituality and Reform – Ya‘qub Balbul.

Baghdadi-Jewish author and poet Ya‘qub Balbul graduated from the Jewish Baghdadi Alliance Israélite Universelle school (established in 1864), which offered a French education to its Jewish and Muslim students. His knowledge of French and other Western languages later enabled him to find employment in the French Embassy as a translator. Concurrently, he published works of poetry and prose in the Iraqi and Egyptian press. In 1938, his collection of short stories, al-Jamra al-ula (The First Ember) appeared in Iraq. In 1936, a story in the Najafi cultural journal al-Hatif (edited by Ja‘far al-Khalili) recognized his literary talents, noting, sadly, that he had to ask for his father’s financial help in order to print his works.

Balbul’s style and his thematic choices placed him at the forefront of Iraq’s writers at the time. Youthful and angry, the undaunted Balbul tackled many taboos in Iraqi society: honor killings, the failed settlements of Bedouins in villages, and women’s rights (or rather their absence). His poetry and short stories, moreover, reflected Balbul’s patriotism and his mastery of the Arabic, and particularly Islamic, literary canon. Later in his life, Balbul edited the yearly journal of the Baghdadi Chamber of Commerce (Majallat ‘ghurfat tijarat Baghdad), of which he was a member.

Banipal 72 – Iraqi Jewish Writers' online Selections includes Balbul's short story, The Revolt of Ignorance, which he wrote in 1937, translated for the feature by Uri Horesh and with a short introduction by Orit Bashkin. Due to lack of space it was not possible to publish the story in the actual issue, but it is now available to read online.