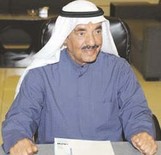 Mohammed al-Sharekh was born in Kuwait in 1942. He has a BA in Economic Development from Cairo University, and an MA from Williams College, MA, USA.

He has held many governmental positions in Kuwait, and was Founding Chairman/MD of the Industrial Bank of Kuwait in 1975.

He founded his own company Al-Alamiah in 1980, which in 1982 launched Sakhr Software Company. He was the first person to develop Arabic language software for computers and IT.

Banipal 68 – Short Stories published translations of "My Son" from his first collection, and “Secrets” and “On Holiday” from the second collection.