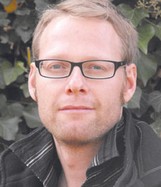 Stephan Milich is a lecturer at the Institute of Oriental Studies, University of Köln, Germany. He studied Islamic Sciences, German Literature and Social Studies at the Universities of Freiburg and Cairo. He is an editor of Representations and Visions of Homeland in Modern Arabic Literature (2016), and of Conflicting Narratives: War, Trauma and Memory in Iraqi Culture (2012), author of a study on Mahmoud Darwish's late poetry (Fremd meinem Namen und Fremd meiner Zeit: Identitat und Exil in der Dichtung von Mahmud Darwisch, 2004), and translated Darwish's volume State of Siege into German (Belagerungszustand, 2005).

He has translated numerous poems from Arabic into German and has published articles and essays on Modern Arabic Literature. Writing his PHD thesis on contemporary Arabic exile poetry, his main interest of research is on modern Arabic poetry, exile discourses, Iraqi prose and film as well as Arabic children's literature.