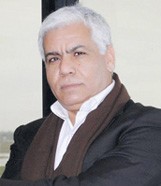 Safi Said is a Tunisian writer, journalist and novelist. He coined the term ‘Arab Spring’ in January 2011, inspired by his own encyclopaedic volume Khareef al-Arab (The Arabs’ Autumn, Beirut, 2005).

Said spent nearly 25 years away from home, travelling in different countries and continents and has authored over 20 books of biography, geopolitics, history, and futurology.

Living now in Tunis, he ran for the Tunisian Presidency as an independent candidate in the 2014 elections and scored an advanced ranking.