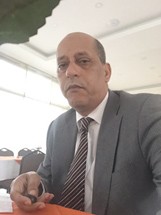 Abdallah Uld Mohamadi Bah is a writer, novelist and journalist from Nabaghiya, southern Mauritania. His journalistic career began the mid-1980s with al-Sha’ab newspaper, then he was West Africa correspondent for al-Sharq al-Awsat, and later for the MBC TV channel, and for Aljazeera in Africa.

His works include Timbuktu wa Akhawatuha (Timbuktu and its Sisters) and Yawmiyat Sahafi fe Ifreeqiya (Diary of a Journalist in Africa). He is currently CEO of Sahara Media Group in north and west Africa.