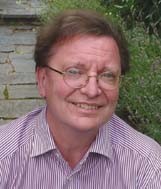 Described by Gwyneth Lewis as “a formidable poet”, Michael Hulse has won numerous awards for his poetry and has translated more than sixty books from German, among them works by W. G. Sebald, Goethe and Rilke. Reading tours have taken him to Canada, the US and Mexico, Australia, New Zealand, India, and several European countries.

He has worked in publishing, television and universities, and is currently a professor at the University of Warwick, where he teaches poetry and comparative literature. His co-edited anthology The Twentieth Century in Poetry has been a poetry best-seller, and his collection Half-Life (Arc, 2013), chosen by John Kinsella as a Book of the Year, followed the immensely successful The Secret History (Arc, 2009).