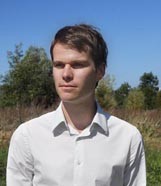 (b. 1981) made his debut at the age of twenty-five with the novella Lipari (Selexyz Debut Prize 2007). Since then he has published four more novels, with his fifth The Disappearance of Robbert, excerpted above, nominated for the prestigious Libris Prize.