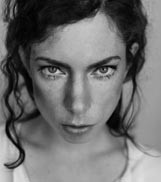 writes novels, columns and scripts. Her columns for Volkskrant magazine are hugely popular in the Netherlands. She won the 2009 Debut Novel of the Year Award for her first novel and her second was awarded the Opzij Literature Prize 2012 for best book by a female Dutch author. It has since been adapted for film.