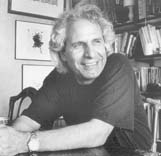 was born in Iraq where he was imprisoned for his opposition to the Saddam Hussein regime. He began to write, around the age of twenty, when he was a political prisoner. He has lived in exile in France since 1975.

He has authored collections of poetry and narratives published in both Arabic and French. He has also appeared on the stage in Europe (Gilgamesh, 1979) and on film (Baghdad ON/OFF by Saad Salman, 2003).